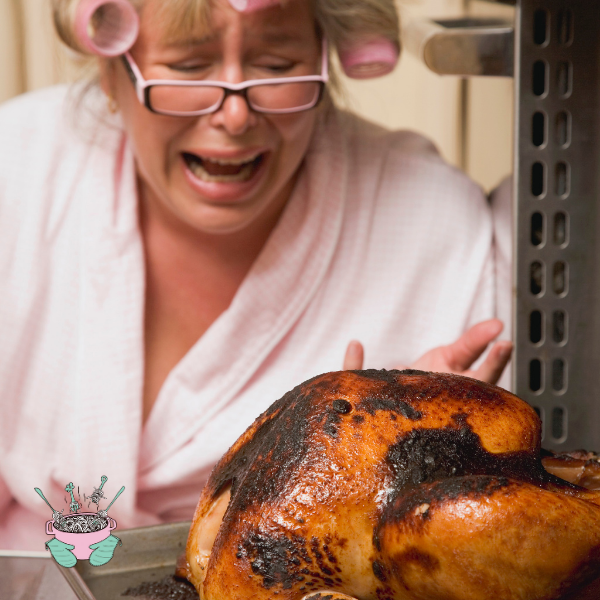 This isn’t a sob story about lousy Christmases: it’s about the power of daily habits on children’s lives.

I grew up in a house with no dining table and a mother who had better things to do than cook. Lamb was served grey, peas came from a can, and the lumps in the packet gravy were the tastiest thing on the plate.

Seriously, though: I loved those lumps.

We collected our food and ate alone or in twos or threes at the kitchen bench or in bedrooms or in front of the tv.

But once a year it was different.

We ate together as a family every Christmas Day, at a gate leg table that was stored in the shed.

It would be set with my parents’ wedding gifts: lace table cloth, Noritake crockery, and gorgeous jewel-coloured glasses from their 1960s past.

The five of us would sit down to a hot meal of turkey-with-all-the-trimmings that mum had been sweating over since dawn, followed by the traditional pudding that had been hanging for six weeks or more on a hook in the kitchen that served no other purpose.

The peas were still from a tin, but they might have some mint from the garden, and if the turkey was tough as old boots we didn’t care because of the novelty of giant wings and drumsticks. Mum had a gift though: she could still make the pumpkin go grey.

There’d be fizzy drinks for the kids and a small glass of brandy each for mum and dad, because the bottle was open to flame the pud.

And all of this once-a-year glory would set the scene for massive arguments about nothing, and caused by nothing more than five human beings who’d never developed any tolerance for each other over a meal.

What it means about meals

This isn’t a sob story about lousy Christmases: this is a reflection on the power of daily habits on our lives. You don’t want your family, no matter how big or small, to grow up as strangers to each other.

I’ve got friends who, unlike me, had textbook family dinners throughout their childhoods and loved every Christmas meal, and still struggle to get it together with their own children. That feeling that mealtimes are out of control, and that it matters is pretty common among most exhausted and stretched-thin mums.

What can we do?

Well, the lessons I learned took a long time, and come from hundreds of different sources.

I gained so much from just watching at other family’s tables, lots of cooking classes, decades worth of foodie magazines, blogs and television, and shared worries and wins with my friends as we worked our way through early and middle parenting years.

I learned, too, from 20+ years of working with professional early childhood and school educators, child psychologists, neuroscience researchers, wellbeing experts, and family nutritionists in my communication career in the education sector.

And I’ve learned most of all from being a full-time working mother to my own three children in our family of five, which spans seventy years of Australian eating norms thanks to my much-older husband.

UnYucky captures all this, and more, in one place for one purpose: to make it easy for you to have happy family meals.