11 Secrets to a Perfect Beef Stew: with 9 Beef Stew Recipes! 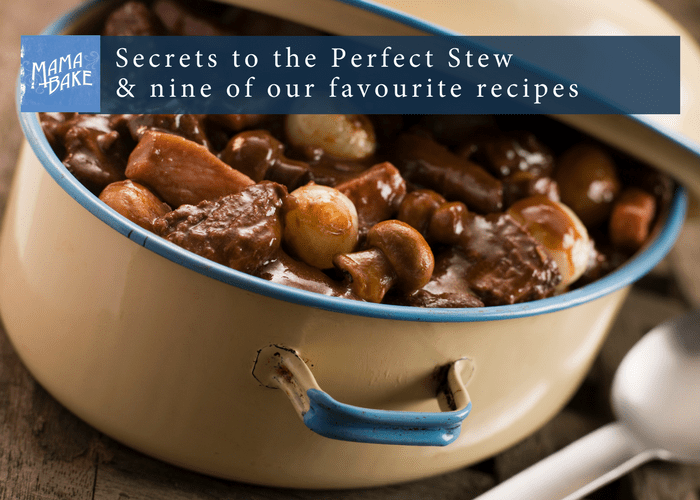 Everyone has their own wonderful way of making beef stew. Different people swear by different cuts of meat, vegetables, the use of wine or herbs or extra secret or not so secret ingredients which increase flavour, depth and general deliciousness. We’re all for flair and individuality in cooking, but when it comes to stews, there are some ‘rules’ that are worth following!  Our guide below will get your stew game, on point!

1.  Use the Right Beef Cuts

The best cuts of beef to use are the ones with the most flavour.

Typically these are tougher cuts – definitely not steak cuts – and come from parts of the animal which have seen the most use and exercise. You also want meat have a marbling of fat and connective tissues aplenty. While normally this is the stuff you want to cut away and discard, connective tissue becomes gelatinous when cooked, thickening and enriching the stew gravy. Meat without fat or connective tissue will be dry when slow cooked. The parts you are looking for will be labelled as: chuck, shoulder, flank, blade, rump, brisket, pot roast. Many butchers will also have their own ‘stewing’ cuts.

Unless you have a fantastic butcher,  buy a larger piece of meat and cut it yourself. This ensures that you have the best and freshest quality meat. Unlovely and older bits of meat are occasionally hidden in those piles of diced stewing meat. It also often works out pricier per kilo because of the labour value added. It’s great to buy a larger piece of meat than what you intend to use for stew. Extra meat can be minced in a food processor for burgers, or sliced thinly for stir fries. A shoulder, blade, rump or brisket make a great roast and could be used for cold sandwiches.

Put simply, browning the meat gives the stew a depth of flavour, a caramel like richness, that can’t be replicated by adding other ingredients.Browning is achieved by the meat proteins and sugars reacting with high heat. To get science-y about it, it’s called the Maillard Reaction.

If you’ve got a lot of beef to cook, do it in batches so that all the meat surfaces can be browned. Too many pieces in the pot and it will steam instead. Don’t use the meat straight out of the fridge either; when you add it to the pan, cold meat will reduce the pan temp and the meat will steam. Same goes for frozen meat; defrost it thoroughly before cooking or it won’t brown and will release a lot of water into the pot. Once you’ve browned the meat, remove from the pot and deglaze it with some water.

Some people think the coating on the surface of the meat helps it caramelise and brown. It actually just prevents the meat from browning properly and developing flavour. However if you plan to use your stew as a pie filling, and the pie has a pastry bottom, you could add a tablespoon of flour to coat your meat. This will thicken the gravy and make it less likely to cause your pie bottom to be soggy. Otherwise don’t worry about the flour.

4. Season Later, Not Before.

Season your steak before you grill it, but not your stew meat. The flavour profile of your stew will change throughout the cooking process. Season a little as you go. As a sauce reduces, it can get saltier, and it’s very difficult to bring a dish back from being over-seasoned without losing texture and other dish characteristics.

Onions add a sweetness and flavour that few other things can match. At a stretch, if you don’t have an onion but you have a leek, you could use that. But it will not have the same sweetness and caramelised flavour, no matter how you cook it. Similarly garlic adds its rich fragrance, and sweet-savoury flavour to stews, but ultimately is less essential than onion.

6. Use the Right Kind of Herbs

It’s the hard herbs that are best suited to a long slow cook. These are also the herbs that suit the flavour of a beef stew best: a couple of fresh or dried bay leaves, rosemary, thyme, oregano and sage. You could use parsley stalks if you happened to have any. Herbs increase the fragrance and flavour of the stew. You don’t need all these herbs, one or two will do. You can’t go wrong with just rosemary and thyme.

Spices will change the flavour profile of your stew. Chucking in a couple of whole star anise and a cinnamon stick will give your stew a sort of Moroccan, Middle Eastern flavour. Adding cumin and coriander will increase this. Keep the star anise and cinnamon, add some large pieces of ginger and season it with soy; your stew now tastes distinctly Asian. Some people swear by a little mixed spice to add a depth. In the end, scent is the best indication; how the spice smells will pretty much be the flavour you add to the stew. If adding spices, do this at the start, adding it to hot oil, before adding vegetables.

8. Which Types of Vegetables to Use and Why

A couple of different methods are used in the cooking of vegetables. In both techniques they are cut to a dice or small dice, with all pieces more or less the same size. Sautéing the vegetable involves cooking them in oil over high heat, causing them to both soften and caramelise, again adding to the richness and flavour of the dish. Sweating means cooking them at medium heat, and allowing them to soften without colouring. Sweated aromatics will glisten when cooked.

9. Why it is Important to Slow Cook or Braise

You can’t make a good beef stew fast. That is an absolute fact. And if you happen to be running late and want to speed up the process, unfortunately there is little you can do. Don’t turn the heat up, don’t boil the stew. It is the collagen and gelatinous connective tissues that break down in the presence of gentle heat and moisture. This is how the meat fibres begin to fall apart. If you increase the cooking temperature, the muscle fibres of the meat shrink and become tough. Keep it at a simmer, a gentle one at that. You’re going to be waiting a couple of hours at least. But having a stew going on the stove is a wonderful way to keep the room warm.

10. Types of Braising Liquids to Use

Some swear that you need a rich red wine for a beef stew, while others say plain water will suffice. You could also use meat or vegetable stock. In the end, this is up to taste. Beer adds a hoppy richness and a tang. Red wines a rich, sweetness, dark depth and also a bit of tang.  Meat or vegetable stock will increase meatiness or the vegetable aroma. Water will still do just fine too.

Cooking with the lid on for much of the cooking time means flavour will be trapped in the dish and won’t disappear into the ether. For this you want your lid to fit tightly and perfectly to your pot. Here something like a Dutch oven is great; the heavy lid seals perfectly over the base. You don’t want to use a pot that is too large for the dish you are preparing; if there’s a lot of space between lid and food, steam fills the space and creates condensation on the lid, which drips into the sauce. That’s how you get a watery sauce. If want the sauce or gravy to reduce, that’s when you take the lid off.

Nine Beef Stew Recipes!
(please note some of these recipes may be member only areas) 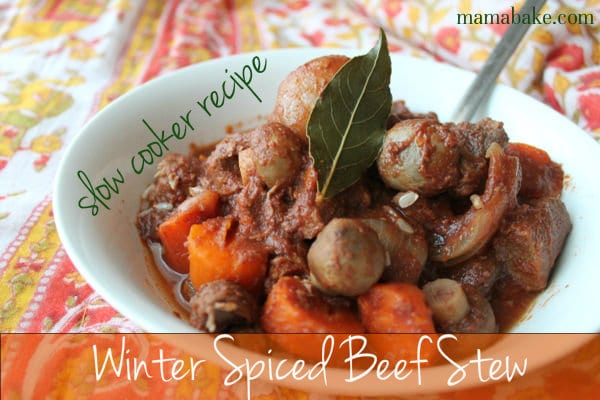 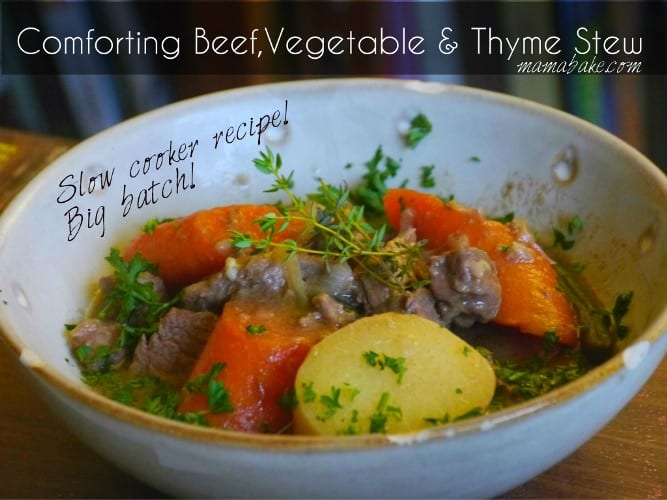 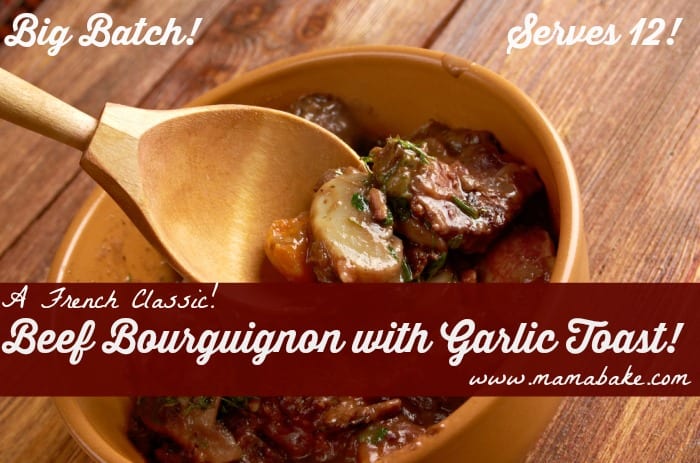 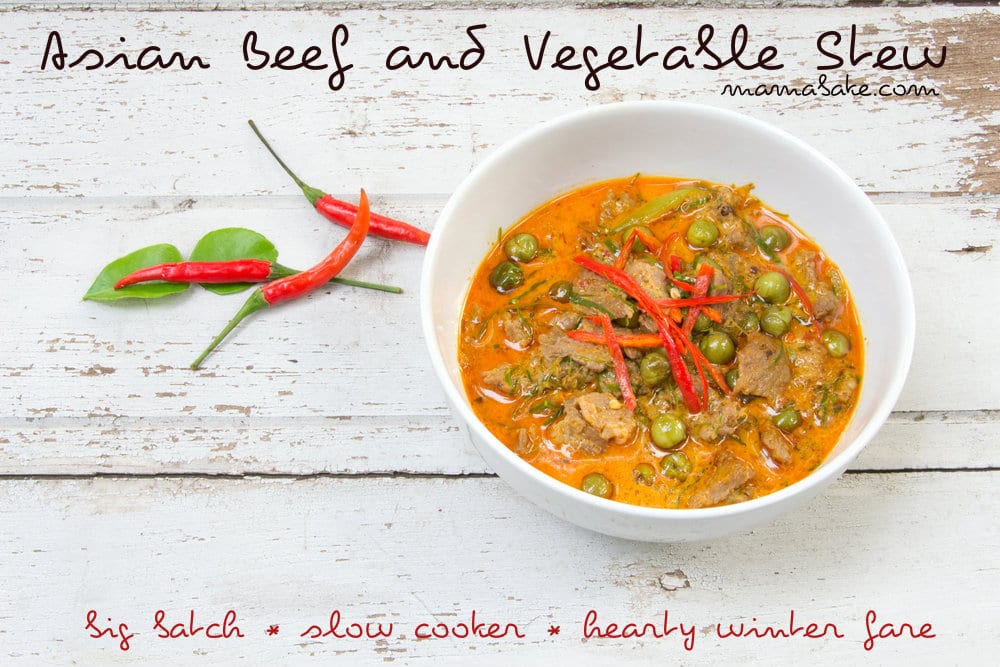 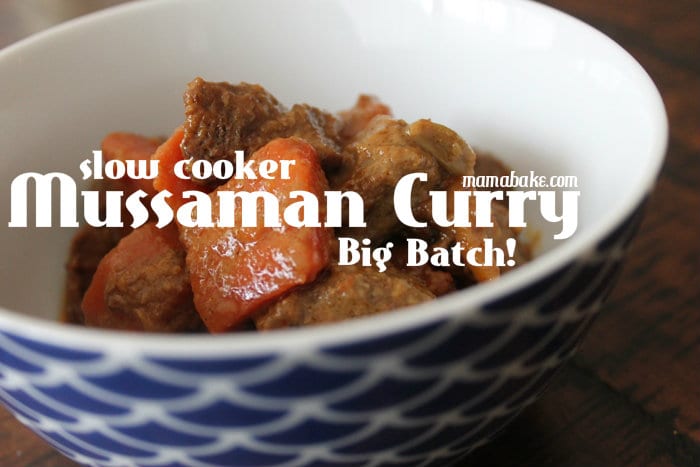 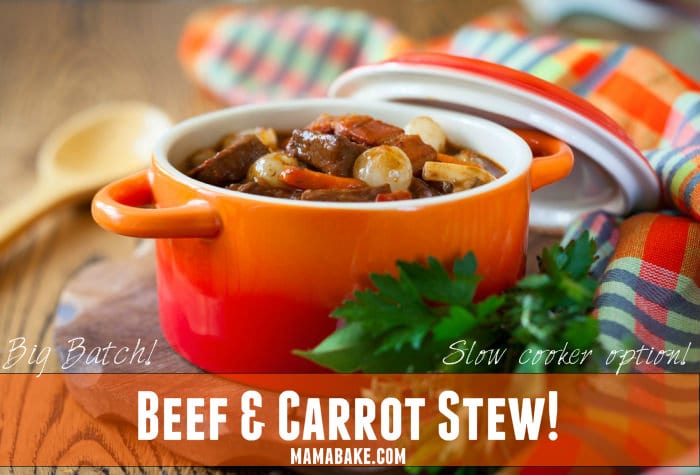 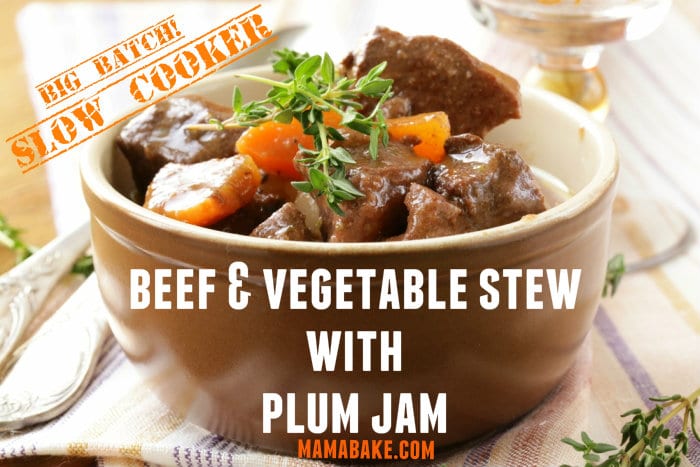 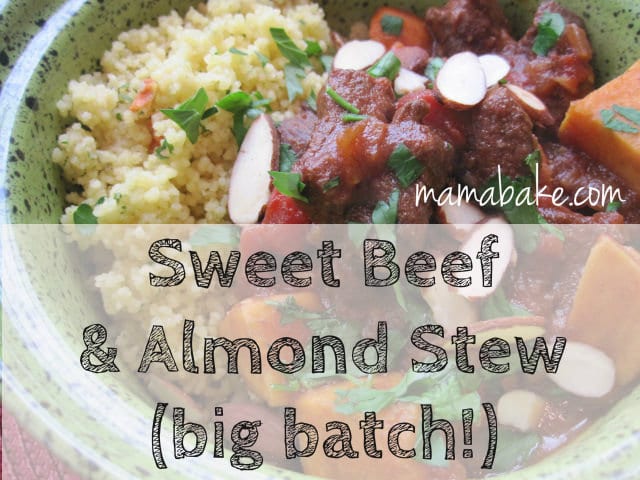 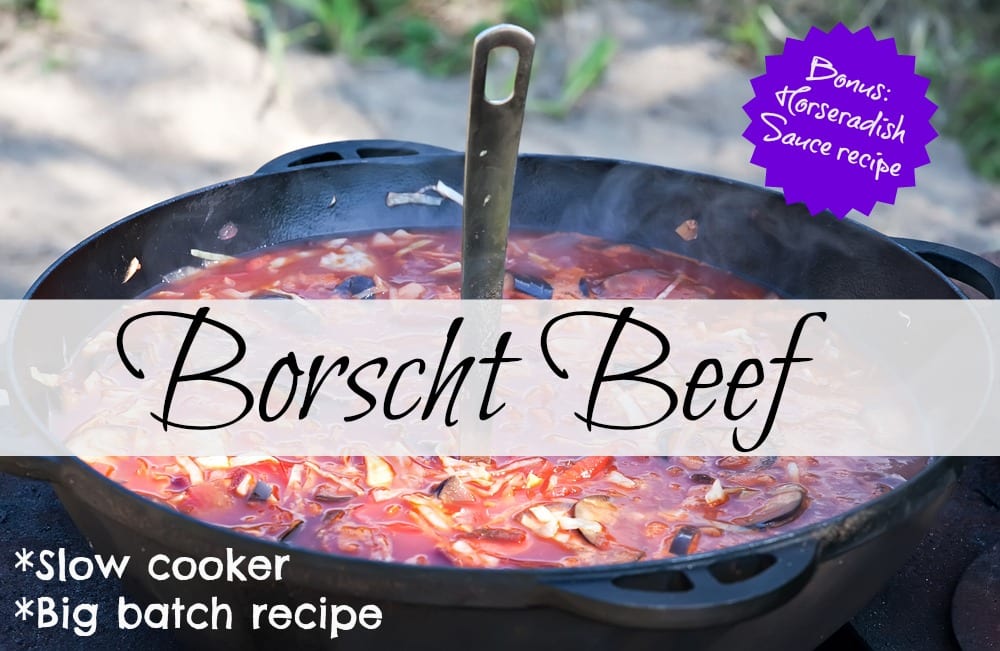