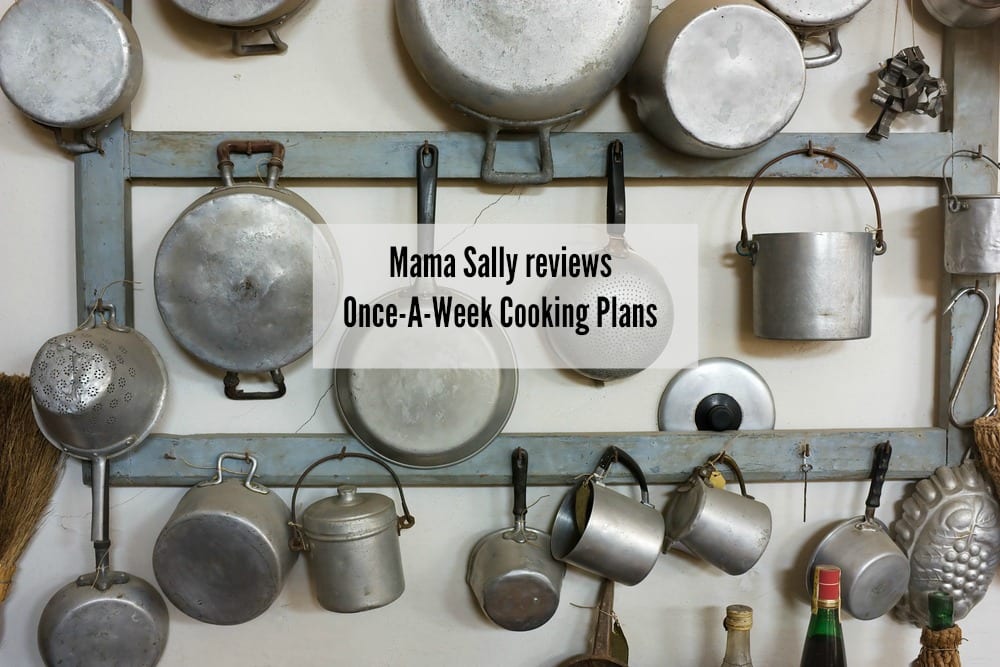 “I’m not a Mum who hates cooking. In fact, I love it! But the reality of life with two kids and two full-time working parents means that any time I can save during the week is precious. My work also requires me to travel frequently, and I feel slightly less ‘mummy-guilt’ knowing that there is a healthy home-cooked meal in the freezer for my family.

Within this context, I road-tested the “Once-a-Week Cooking Plan for Mums Who Hate Cooking”.   I chose this plan because I liked the fact that it had the method with a step-by-step break down; was food that my family would enjoy; and also because it wasn’t a slow cooker plan (with both of us at work, we can’t turn on the slow cooker during the day).

We hit the shops of Saturday and I was surprised how cheap it was (we bought most of the ingredients from Aldi). We split the shop and the cook-up over two days, which was a good idea as the cooking plan took about 3 hours. The only things I would do differently at the shops next time is buy uncrumbed pork schnitzels (bashing out the pork fillet took quite a bit of time) and also only buy the ingredients for serving if you intend eating the meals that week.

Sunday was cook-up day. The kids were very happy to watch a movie, while I set to work. Prepping the vegetables took just over an hour. I found it easier to separate the vegetables into bowls for each recipe as I prepped them (e.g. chop two onions and put into two separate bowls). This made the bench nice and neat, but I did end up flicking a bit from the step-by-step method to the actual recipes.

The cooking itself took a little under 2 hours. I think it could have been a bit shorter if I had a bigger stove top and had thought about what should be cooking in what pots & pans first. Because I had to use the same saucepan 3 times, it meant I was cooking sequentially rather than simultaneously.

In total the whole thing took around 3 hours. This felt like quite a long time, but we got 7 meals out of it (really more because they feed 6). That works out less than 30 mins per meal, so pretty time efficient. Some of that time was waiting for stuff to simmer down, so I managed to get some craft time with the kids while things cooked away. I think that it would be quicker the next time as I’m now familiar with the recipes.

Get the Once-A-Week Cooking Plans Here!

The Feeling at the End….

Knowing that I don’t have to cook meals all week and have some for the freezer is great! Sitting down to eat the One Pan Chicken for dinner that night was the icing on the cake. Everyone loved the chicken, and there was enough to freeze the leftovers for another meal (we did use 6 drumsticks rather than 4 because they came in packs of 6). The soup was delicious too, and again I was able to take leftover soup for lunch the next day.

The rest are still to come!

My top tips for Once-A-Week Cooking are:

Want to give this revolutionary way of cooking a go
and immediately enjoy the benefits?

Get your membership HERE!