3 Excuses Why I’ve Never Tried MamaBake and Should Have 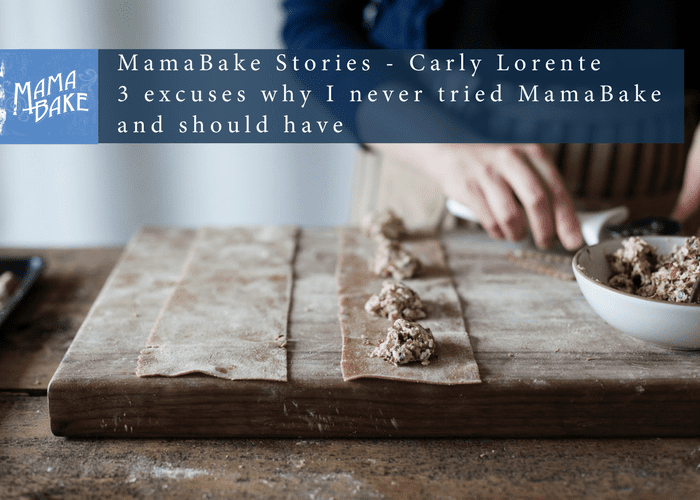 Anyone who really knows me may be gob-smacked to see my name next to, shock horror – a cooking article.

I don’t take offence. Over the years I’ve learnt not to take it personally when I’m always asked to bring the dips or booze to pot luck gatherings, or when so called friends accept my dinner party invitations with wide eyes. But I’m here to say that five minutes at my first MamaBake gathering has erased 33 years of culinary ignorance.

I know my family agrees that hooking up with the MamaBake Lennox Head, NSW group was life-changing. I left the two hour session basket full, yapping like an evangelist to anyone in earshot, wondering why the potato I hadn’t done it sooner. With another mouth to feed only weeks away, it seems I’ve managed to wipe out three big excuses with the MamaBake bug in the nick of time. 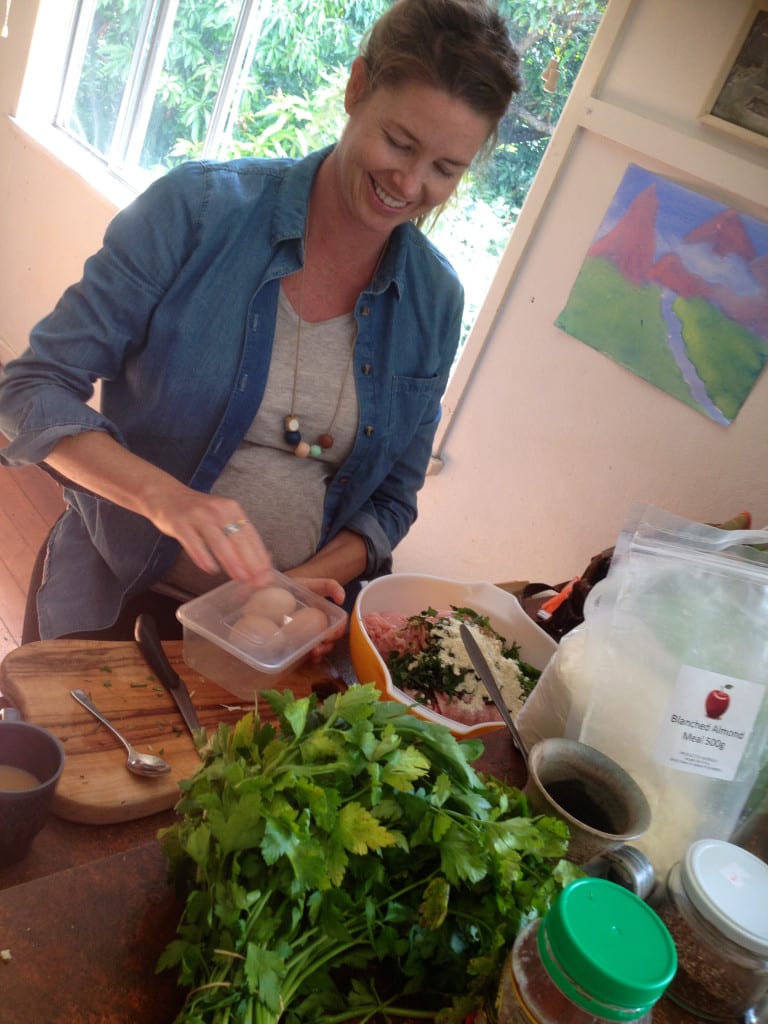 This not only means that I let him cook all the time (yes I know, poor me) but that he gives rude honest feedback when I do. On his rare days off when he doesn’t feel like cooking, which I also see as my days off as he is actually home (a whole other article I suppose), I am forced to have a go at deciphering the stove in between a bit of, “Are you going to watch that over-boiling pot?” and “Did you follow zee recipee?”. This is infuriating because anyone else who knows me knows the answer, which is “No, I didn’t.” Can’t he just say, “It’s good love,” scoff it down with a Tooheys or give it to the dog behind my back?

My fellow MamaBakers gave no such feedback. As someone so similarly sleep deprived, they simply loaded up their takeaway containers without judgement.

Apart from the fact that I could be doing something else, for me cooking, like motherhood, can be lonely. Part of my resistance comes from a firm belief that modern women are victims of an uneven domestic load, our role as mothers undervalued and underpaid.

I used to think that this was the case because of excuse number three below, but dammit I’ve tried. It turns out a can-do, flexible nature is a curse in the kitchen. Substituting ingredients is my speciality. No apple juice concentrate? No problem. Cranberry sauce from the back of the fridge should do the trick (it didn’t). Out of eggs? Just add more water. Please note: my family does not recommend trying this at home.

Over the two hour MamaBake session I only had to prepare one dish, which meant one recipe, one set of ingredients, and other children for my son to play with and give me the space to focus. No need to substitute. And no need to cook dinner for the rest of the week.

The most honest of the three excuses. Apart from the fact that I could be doing something else, for me cooking, like motherhood, can be lonely. Part of my resistance comes from a firm belief that modern women are victims of an uneven domestic load, our role as mothers undervalued and underpaid.

Enter MamaBake: a magical place where someone holds your hand (or baby) whilst you cook and clean up/gossip/drink tea. A place where you can bitch and moan about domesticity but motivate each other to get on with it whilst discussing other more interesting topics. There is something powerful about women gathering which has been happening since time begun. I went home feeling motivated, supported and sharing a special bond that only women can feel together.

So, group cooking. Should I be surprised? I mean most things in life are more enjoyable in a group – consuming alcohol, exercise, sex. I’m a convert and can’t help but wonder what other aspects of my life I could apply the MamaBake principle – MamaClean, MamaShop, MamaWork? Not only are my kids no longer suffering from malnutrition, but it leaves me with more time for fun activities like sock sorting or late beach afternoons and a grabbing a sneaky cuppa. Now, if we could all just move in together and MamaBake our lives… Whose in?

Endnote: To all the families who endured my paleo chicken pieces in the name of this article. Respect. I hope no family members were hurt or injured as a result.

“I’ve been a story thief for as long as I can remember. I wrote my first yarn before I started kindergarten and was given my first Canon in high school. These days I prefer to shoot on film cameras like medium format Rolleiflex. I ‘m still a slave to the pen.

I love writing and shooting projects that make my heart sing, documenting different socio-economic groups, strong women, and giving voice to important humanitarian issues. I’ve always felt more at ease with strangers. There’s something comfortable in the intimacy of the unfamiliar for me, and maybe with each story captured I get a little closer to myself.

The last ten years have been spent roaming the globe with my love looking for home. I don’t know if we’ve found it yet, but it’s been pretty fun. I’ve had permanent mailboxes in Sydney, Paris, Biarritz, Margaret River WA, Central Australia, and Fiji, with stop-offs in Sri Lanka, Jamaica, Indo, Senegal and Guadeloupe.

My passport hasn’t been stamped in 16 months, the longest time in 10 years. I’m currently based in the rolling green hills just south of Byron Bay, Australia with my husband and almost two year old, very hungry, half-French son, who’s named after the strong old eucalyptus trees in WA with a touch of reggae thrown in.”

See more of Carly’s work, here (she is an award winning documentary photographer and writer–> *MamaBakePride*).