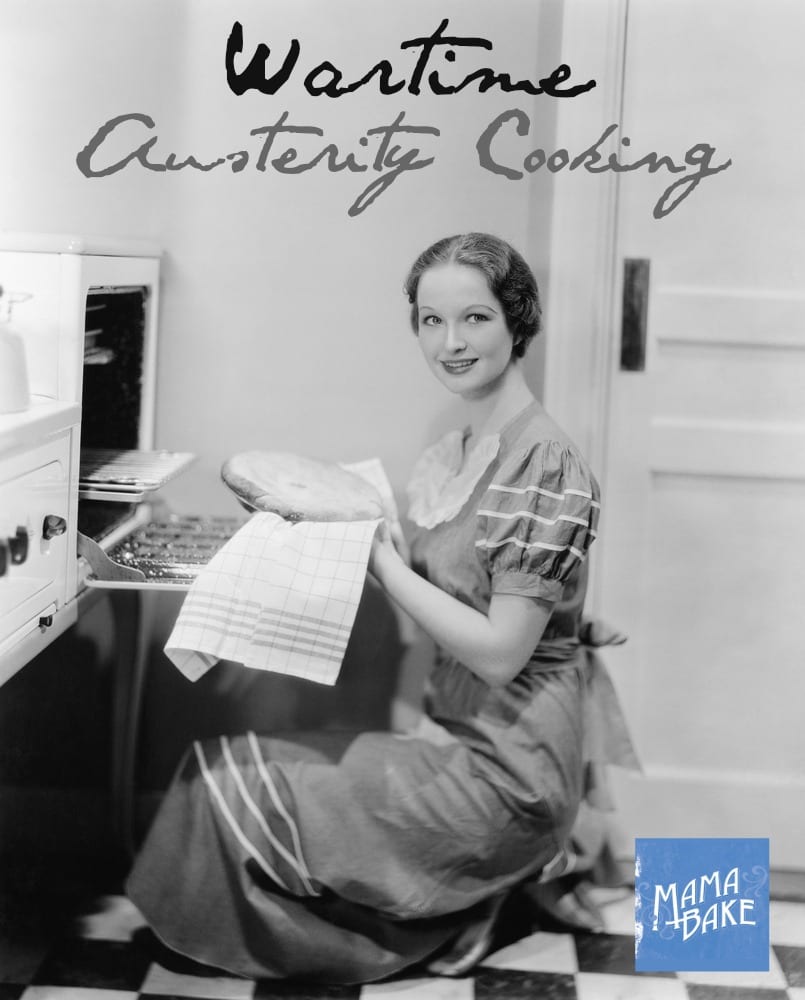 Anzac Day approaches and we remember the Australian and New Zealand soldiers who bravely fought in World War One. Anzac biscuits, while now available on supermarket shelves all year round, appear in every café, bakery and in our own pantries as we get baking. Anzac biscuits are traditionally made with flour, rolled oats, desiccated coconut, golden syrup, butter, sugar, baking soda and water. They were made by the wives and families of soldiers and sent to them as they held the front. There are no eggs in Anzac biscuits because they would make the biscuits to spoil more quickly, many poultry farmers joined the military and there was a general shortage of eggs.

In following the very specific Anzac biscuits recipe, I started thinking about austerity measures and rationing. What would it be like to live in a time when we would have to limit our consumption of every day groceries like eggs, milk, tea, sugar, meat and butter? While Australia did not experience heavy rationing and austerity measures in World War One, these were the things that were rationed in the Second World War. We live in a time where we can largely consume all these things are greater luxuries at our whim, limited more by income and personal taste than the threat of shortages and fines. But there is a lot to be learned from austerity cooking and wartime recipes.

M.F.K. Fisher (1908-1992) was a wonderful American food writer who wrote 27 books, including How To Cook A Wolf which was published in 1942 when World War 2 shortages were at their worst in the US. It advised people on how to stretch rations, eat well, and how to care for one another in wartime. In it, she said:

“There are very few men and women, I suspect, who cooked and marketed their way through the past war without losing forever some of the nonchalant extravagance of the Twenties. They will feel, until their final days on earth, a kind of culinary caution: butter, no matter how unlimited, is a precious substance not lightly to be wasted; meats, too, and eggs, and all the far-brought spices of the world, take on a new significance, having once been so rare.

And that is good, for there can be no more shameful carelessness than with the food we eat for life itself. When we exist without thought or thanksgiving we are not men, but beasts.”

(page x-xi of the introduction in the 1954 revised edition)

I find that words like these resonate more than ever when days of wartime remembrance come around. As we think of the soldiers who fought and lost their lives, we also remember the experiences of the mothers, wives and families at home and the difficulties they experienced, and losses they suffered. It should remind us how grateful we should be for the food we eat and the safety we have, thanks to the efforts of our soldiers.

In the UK, single mother of three, Carolyn Ekins took on a Second World War inspired ration diet for a year. Not only has she lost a total of 60 kilos through different attempts of austerity eating, but she also saved a lot of money. Carolyn is a World War Two enthusiast with an interest in austerity. Many of the recipes she followed were those originally produced by the English Ministry of Food.

In cooking the recipes for fun, she created an experimental diet and she documented her experience on her blog, entitled ‘the 1940s experiment’. You can read all about her and find many fantastic austerity recipes here.

As Anzac day approaches, I’m thinking of spending the day cooking according to austerity and rationing limitations, in remembrance of the fallen and the families. While it’s a lot more effort than Anzac biscuits, a little austerity experiment could teach us a lot about saving money, stretching ingredients and appreciating what we have.

Read more here about how to reduce your food waste and save money.
Frugal Frannie’s guide to how to save money on food, waste less and genius ideas, here.