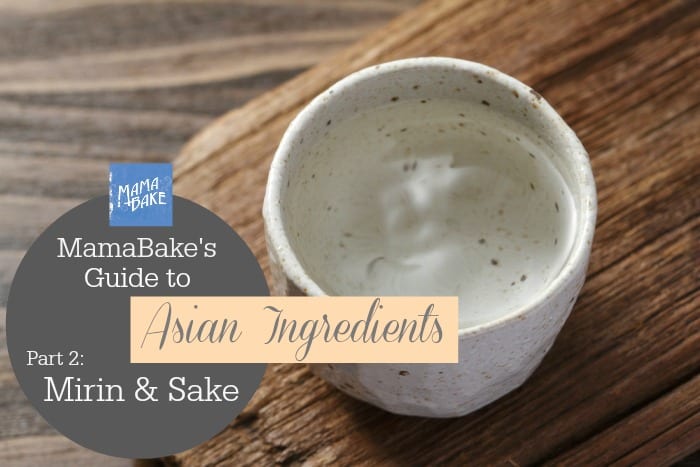 How to use: Mirin and Sake

Mirin and sake are both condiments that you see a lot in Japanese recipes. Mirin and Sake are both alcohols made from fermented rice but through different processes. Mirin has more sugar but less alcohol than Sake. The sugar in mirin not added but occurs naturally through the process of fermentation. In Medieval Japan, Mirin was popularly consumed by women, however now it is largely used only for cooking.

Mirin is often combined with the sushi vinegar seasoning made from rice vinegar, salt and sugar for flavouring and correctly preparing sushi rice. It has a strong sweet flavour that is used to balance out the salty flavour of soy or miso dishes. Mirin turns up in Japanese stewed dishes, meat marinades, soups and sauces. It is also used to lighten and minimise strong fishy smells. The flavour is unique and adds a smooth silkiness to sauces and dishes. Mirin actually needs to be kept in the fridge as the bottle cap or lid can get mouldy if it gets humid. I’ve found that while there are virtually no replacements for mirin in recipes, in some sauces rice wine vinegar will produce a similar and still very delicious result. However the sauce will have a touch of sourness and yet be not as smooth. But for home dishes, I find that this is generally fine and not an concerning difference.

Today Sake is still a popular and potent alcohol consumed socially, and there is also cooking sake. While some people might say that you should cook with the sake you’re prepared to drink, this is a pretty expensive thing to do. Referred to as a ‘rice wine’, the process of making sake is more similar to making beer. It takes 9-12 months to mature the liquid to a smooth and mellow drink. Cooking sake should also be kept in the fridge. Like mirin, the flavour of Sake is distinct and very hard to replicate with other ingredients, having specific flavour enhancing and balancing effects.

Both can be found in Asian food stores, Japanese grocery stores, health food and organic stores and most major super markets. When buying mirin, be sure you don’t accidentally just buy rice wine vinegar, which is often sold next to mirin and is a similar light to medium yellow colour. While cheaper and still useable, you might as well buy the proper stuff to start with.