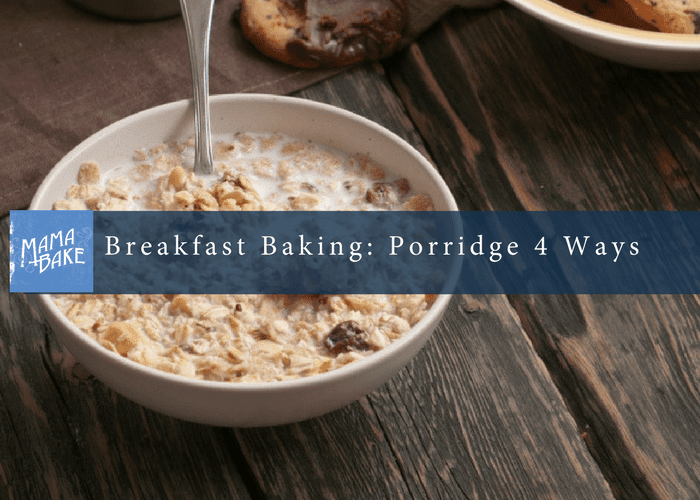 Porridge is one of those breakfast foods that stirs up feelings of sweet nostalgia for my childhood when my father, on a Sunday morning, was the porridge cooking master!  Cooked in milk, then smothered in brown sugar and a big dollop of butter melting through it, a bowl of porridge remains for me, like a big virtual hug.  It’s a great start to the day and gives a sustainable energy on those cold Autumn mornings.  We’ve joojed up the basic porridge recipe to give you some amazing flavour variations and options for those with dietary restrictions that can’t eat oats.

When cooking slow-cooker porridge, you want the more robust steel-cut oats. Steel-cut oats are actually less processed than the rolled oats we usually use, which have the husks removed, and then are steamed and rolled into flakes. This is a pretty awesome breakfast to have waiting for you in the morning. This recipe serves 4, multiply accordingly.

Combine all ingredients in the pot of your slow cooker and cook on the lowest setting overnight. In the morning when you are ready to serve, add a ½ cup of your preferred milk (cow, soy, almond, rice etc.) and heat to your desired temperature.

Quinoa porridge with fruit and nuts

As a gluten free alternative to a big bowl of oats, try quinoa!

1. Pour quinoa into a fine sieve and rinse under running water until the water is clear.

2. Add the quinoa to a medium sized pot with the water, milk, salt and spices. Bring to the boil and then simmer for 15 minutes.

3. Remove from heat and stir gently.

Buckwheat is another gluten-free grain. Despite the name, it is not of the wheat family but actually belongs to the same one as the rhubarb plant. Buckwheat has a rich nutty flavour and makes for a wholesome breakfast. This serves 4 people.

1. Rinse the buckwheat in a sieve under cold water and then add to a medium saucepan with the water and spices.

3. Remove the whole spices, distribute porridge and serve with your preferred milk, pear and pomegranate.

Like the above quinoa porridge this would be really delicious with toasted nuts as well.

Like a good old rice pudding, this is lovely to eat with jam, particularly stone fruit jam such as peach or plum. Is also really good with fig jam

1. Combine the rice, milk, sweetener and salt in medium saucepan.

2. Simmer, stirring occasionally for an hour until rice has absorbed most of the liquid and is soft.

3. Serve porridge with toasted nuts and drizzle with preferred jam and additional milk.