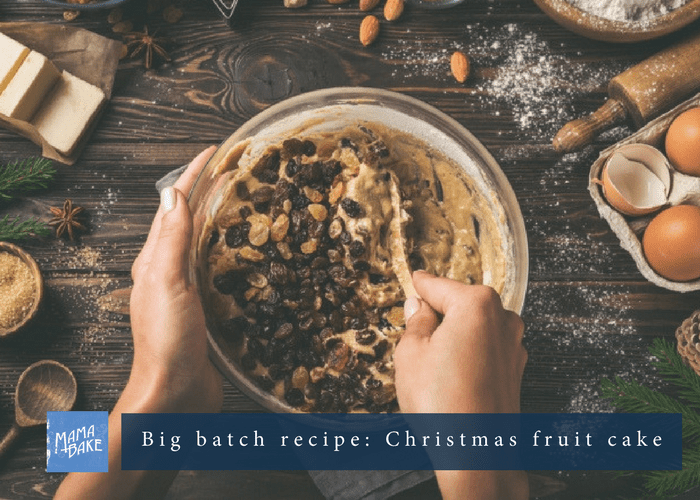 When working in commercial kitchens, my Christmas fruit cake making would usually begin sometime in September when I would receive large boxes of dried fruit which would then be mixed with many bottles of alcohol for a good soak. In late October I would begin making the cakes and set them aside to age until Christmas. By the time the December celebration season was upon us, most of the cakes would have been sold. The flavour of the cakes was deep and rich by this time, heady with booze and spice.

Cakes that had been squirreled away for a year were even better in flavour and no worse for wear over time.

For homemade gifts, bake these in individual paper loaf cases and wrap in clear cellophane to give as gifts.

Once the fruit and alcohol has been combined and soaked, this is a very basic cake to throw together. If you have time, allow your fruit to soak for as long as possible before actually baking the cakes. At least one week would be ideal.

Baked cakes will keep for up to one year, well wrapped in a cool, dark, dry place.