Curiosity without judgement: Mothers with Tattoos

by MamaBake | May 18, 2015 | Member MamaBake, Recipes, The Curiosity Without Judgement Series | 0 comments 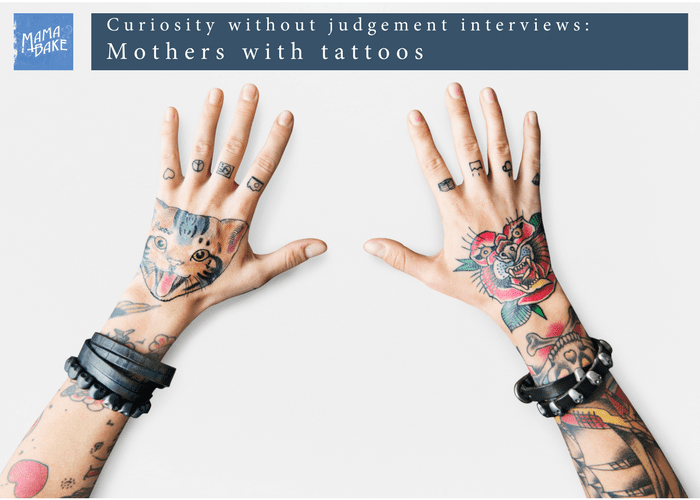 This January I got three new tattoos from three different artists. I found the time sitting or lying down for the tattoo to be incredibly relaxing. Pre-children I had braced for the pain of tattoos with a lot of anxiety and anticipation, but having given birth 3 times with varying levels of pain, I found that the needle scratching at my skin was merely annoying and that my mind could roam freely as the artists worked. I mostly thought about what I was going to eat afterwards. Some people might think that this is a mad thing to do; have unnecessary pain inflicted on your flesh to have an image permanently inked into your skin. This judgement can often be seen in the eyes of other parents when I take my boys to swimming lessons and dress down to a swimsuit myself, all tattoos visible, or when queuing up to sign the eldest out from kinder, eyes on me but no one actually speaking with me.

The first tattoo was designed and done by a friend of a friend; a Wren in black on the back of my left arm to commemorate a late-term miscarriage, a tattoo that my partner also has on his left forearm. My partner named her Wren, on the way to the hospital the day before we lost her. 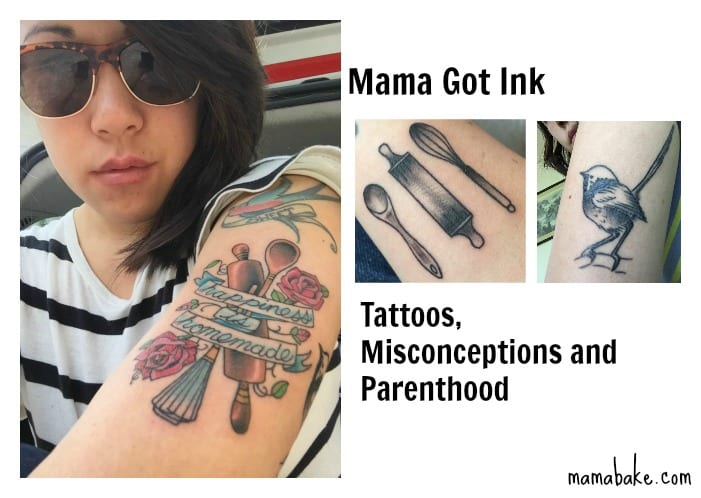 The second on my right wrist, a black and grey wooden spoon, rolling pin and whisk beneath a 9 year old croissant tattoo, something just for fun.

The last, a large colourful piece with roses and kitchen tools with the banner expressing:

I was lucky enough to get the same artist who tattooed a swallow and a croissant on me 9 years before. This tattoo, while also fun, expresses my love of cooking, my pasta life as a chef and also that my greatest joys and happiness have been “homemade”; my children, my home life. I was supposed to be one of those career women; that’s why my parents sent me to that fancy private school that nearly sent me mad. Instead I chose a blue collar path, fell in love and got knocked up. Rest assured my mum is pretty happy with my babies.

Not so much with my tattoos. 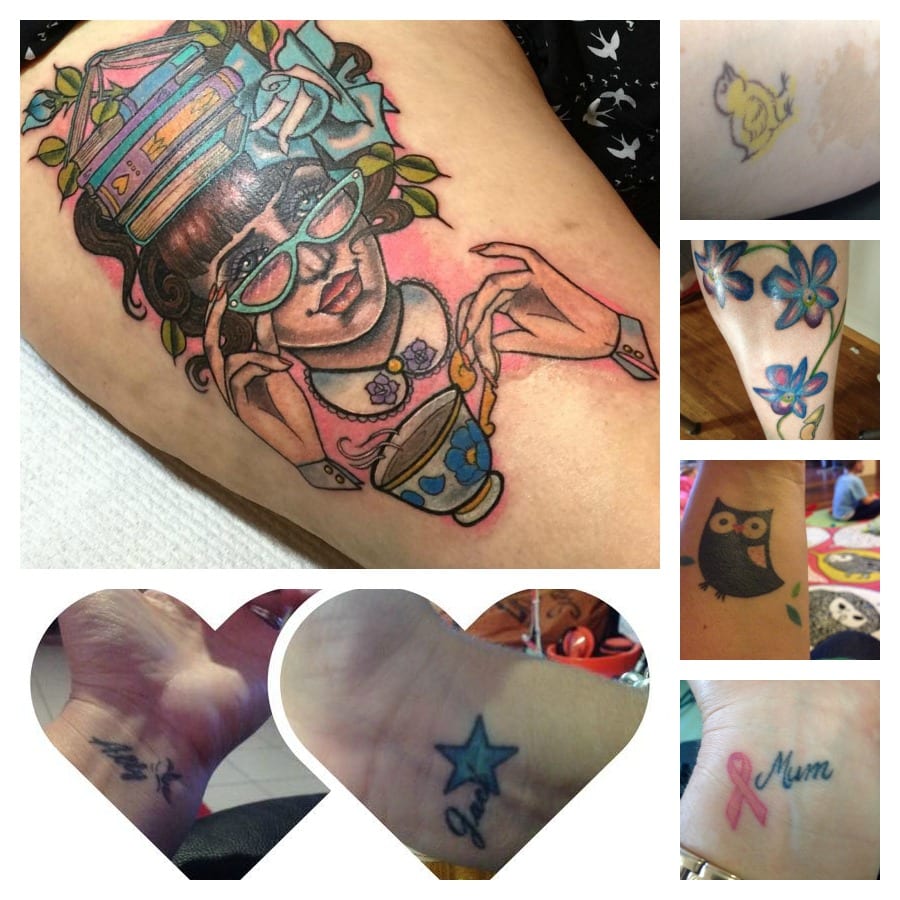 Tattoos are often aligned with society’s tearaways; when you one thinks of bikies, punks, gangs and so called “loose women” (as opposed to what, fenced in? caged?), tattoos are often part of the package. But the tradition of tattooing deeply embedded in traditional cultures like the Maoris of New Zealand and with the traditional tattoos on sailors of the early 20th century. Tattoos have come into fashion more than ever in the last decade and adolescents are seen already sporting full traditional sleeves and modern tattoos of all styles.

Earlier this month I showed off my second new tattoo and asked other MamaBakers to show me their ink. It was a gorgeous and open sharing of some beautiful pieces, many of them symbolic, and all of them wonderful. Above and below are a selection of the beautiful tattoos. 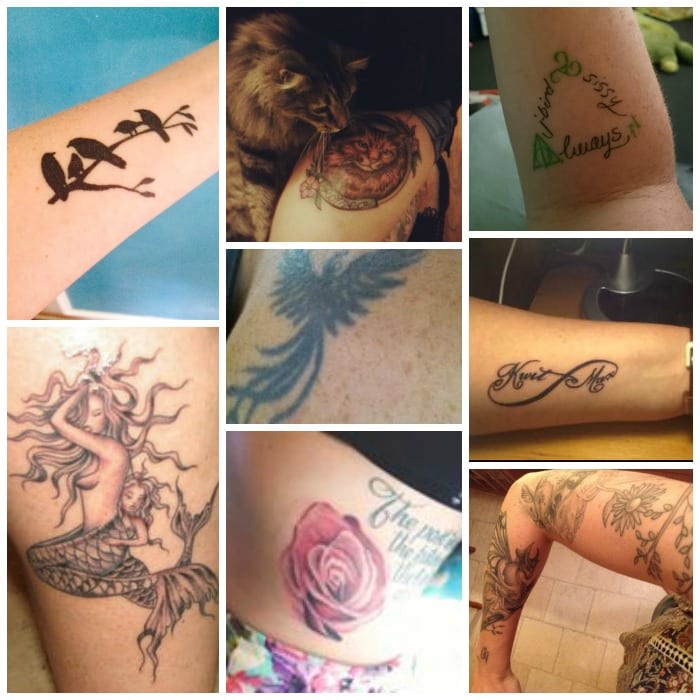 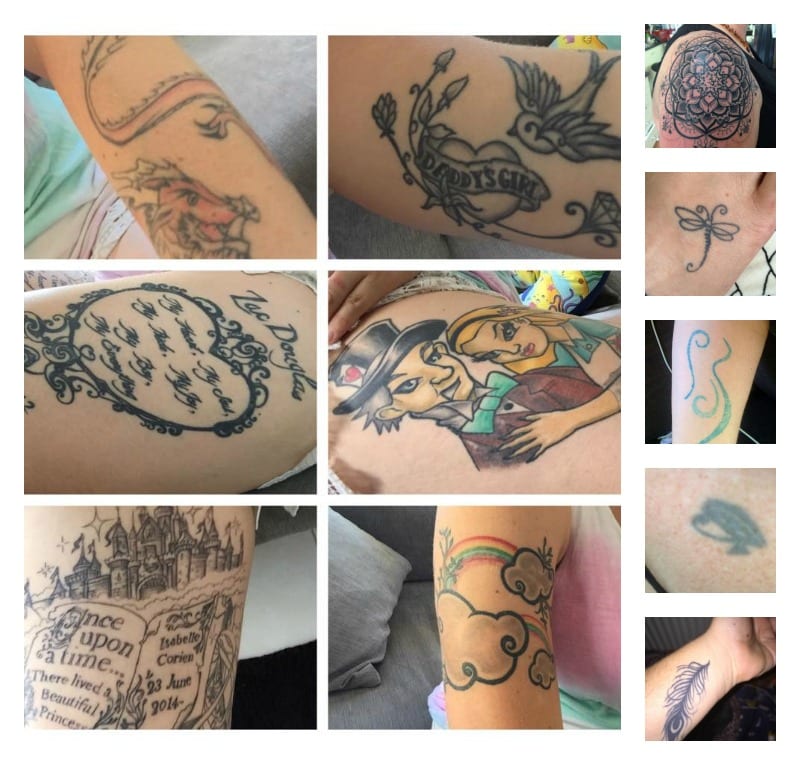 During my last tattoo session, I spoke with the artist about tattooed parenthood. As a father of 3, he admitted that there had been times when other parents had judged him for his tattoos. Some children were warned to stay away from his children, and generally the feeling was that he could not be a good parent, being covered in colourful tattoos. He’s a good dad, by the way, and just about the loveliest, sweetest man you could possibly want coming at you with a needle.

We’re all guilty of making assumptions and judgements about one another, particularly other parents. Parenting is such a focus of our lives, and such a serious, difficult and lifelong occupation.

Sometimes we try and make ourselves feel better about ourselves by comparing ourselves to others and judging them on surface observations. Sometimes we can be protective of our children, and seek to keep them away from people whom we judge to be unsuitable company, even if we know very little about that person and their children apart from pure appearances.

But a tattooed covered parent is unlikely to be an obvious sign of violent temperament, drinking problems, poor education and sadistic tendencies.

Tattoos are just a means of self-expression, just a more permanent one than hair styles, clothing or purchasable status symbols like cars and accessories.

A mini-skirted mother doesn’t mean she’s attention seeking and some sort of husband magnet; maybe she’s just confident and good for her if she is. A perfectly primped mother in a twin set and pearls could harbour a destructive relationship and a serious drinking problem.

My point is not about tattoos, mini-skirts or twin sets. What you see on the outside, without knowing more about the person, without understanding the context in which they live and where they have come from, tells you very little about what that person is really like and what their parenting is like. Tattooed parents, like any kind of parent, can be brilliant parents.

Let’s make an effort to be more supportive of one another; don’t be the parent that shuns another one at pick up time or at school events, just because of the way they look. If you feel yourself making a snap judgement about somebody, challenge yourself to go over and talk to them and find out what they’re like. You might be pleasantly surprised.