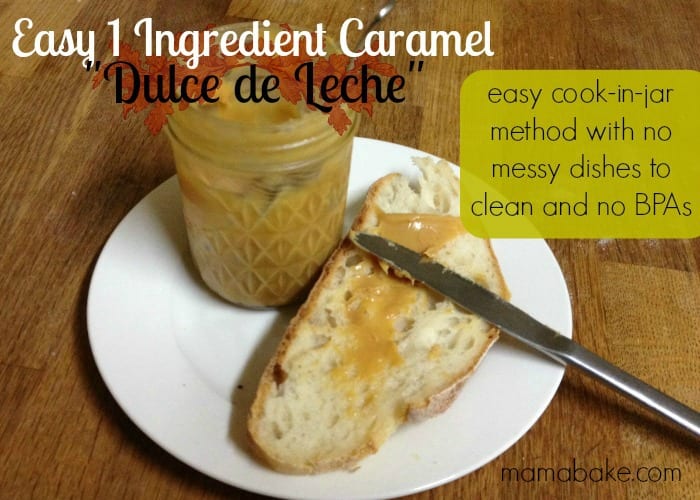 This South American sweet is ubiquitous in all Latin American countries, from Portugal to the Spanish settled Philippines. In the recent 2014 World Cup, the Uruguayan team had 40kg of dulce de leche confiscated from them at the Brazilian airport; consequently Uruguay’s fans insisted that their loss to Costa Rica was due to their lack of the essential sweet stuff, so popular is dulce de leche. Translated, it means a candy made from milk and is also known as a kind of milk jam.  It is generally used as a cake filling, breakfast spread, ice cream topping or sweet dip. While traditional dulce de leche is made from slowly cooking sugar and milk together, a home version is easily made from sweetened condensed milk.

All over the internet you’ll see many people recommend simply immersing an unopened can of condensed milk in a pot of boiling water and allowing it to boil for several hours. There are several reasons that Mamabake do not recommend this:

–          When the can is not fully submerged in water, it is possible for the heat and pressure within to cause the can to explode. The water slowly evaporates as it boils and needs to be topped up constantly, so if you are not watching carefully, this danger is a possibility. There are even warnings on many cans of condensed milk to not heat the contents within the can

–          Most common tinned and canned foods have BPAs in the lids. Bisphenol A is a chemical pretty well known to Western mothers, as most plastic products made for babies such as bottles and pacifiers are required to be BPA free. The chemical is most risky to foetuses, babies and children and is known to alter behaviour, and cause brain and prostate problems if regular exposure occurs. BPAs are common in many food plastics but is also widely used in cans. If you look inside a can and find that the inside of the lids are lined with white or all of the internals of the can are white, then this has BPAs. BPAs can seep into food when the material is heated or in reaction with acidic contents, so it is best not to cook condensed milk in the can.

–          There are also other recipes where the condensed milk is transferred to a canning jar with the inner lid placed loosely on top. Unfortunately, common canning lids also contain BPAs on the underside. If the lid is lined with white, again, it has BPAs.

–          The benefit of using a glass jar to make dulce de leche, is that it is cooked within the container that it will be stored in, reducing your cleaning to just one pot, a small plate or bowl and a spoon. And the spoon will likely be licked clean.

So enough of the serious talk. To make dulce de leche, you will need a can of sweetened condensed milk. 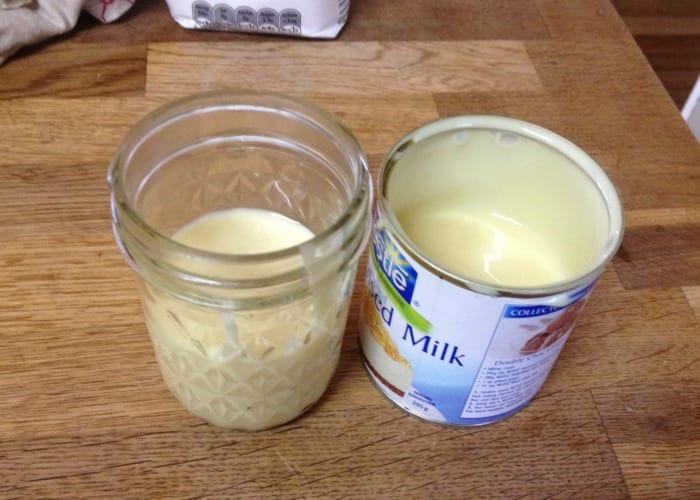 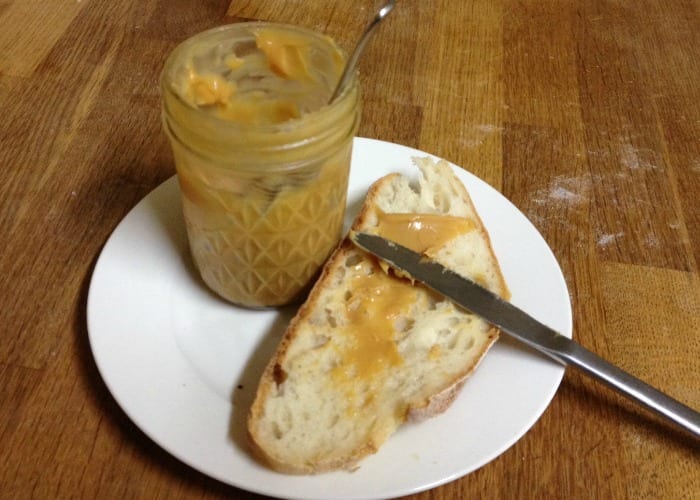 This is how my caramel looked after 1.5 hours of boiling. It’s on the lighter side and you can get it much darker and more caramelised, but my five year old likes it at this stage. Dulce de Leche is crazy delicious on toast or fresh bread as a very decadent snack. 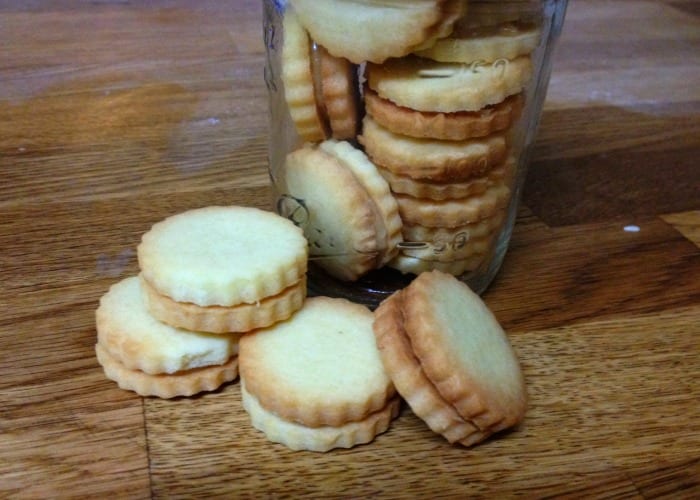 Dulce de Leche also makes a great cookie filling. Here I made some simple shortbread cookies and sandwiched them with the caramel. Like a very simplified version of alfajores. I made these for my partner’s colleague who hails from Columbia and recently had twin baby boys. They’re not getting much sleep, so I hope the provision of late night snacks will help them a little.