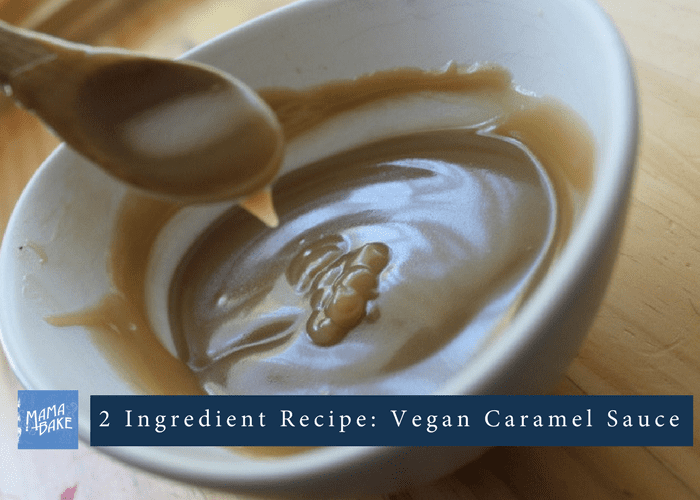 I posted this photo on my personal facebook page after I first made it and my comment was:  “If I was home alone, I would be rolling around naked in a bath of the stuff.”

I promise you, if you make this, you’ll be tempted to do hustle the kids out the door and have some quality alone time with nothing but a spoon, a big bowl and something saucy on the telly.

My goal was vegan condensed milk to adapt the homemade chocolate coconut bars into a vegan recipe, but as I cooked it, or over cooked it as it turns out, I ended up with the most incredible, thick and sweet, caramel sauce. Suddenly a world of options opened up for me and I knew I’d stumbled upon a very tasty and very versatile little sauce!

1.  If you want condensed milk and therefore want it runnier, cook it for about 10 minutes less than I did.  You should then be able to stop the real caramelisation of the sweetener and it won’t thicken as much upon cooling.

2.  If you want a nice, thick caramel sauce, simmer for about 5 to 10 minutes after the bubbles begin to change to a more ‘frothy’ look and the moisture evaporates as the sugars caramelise. 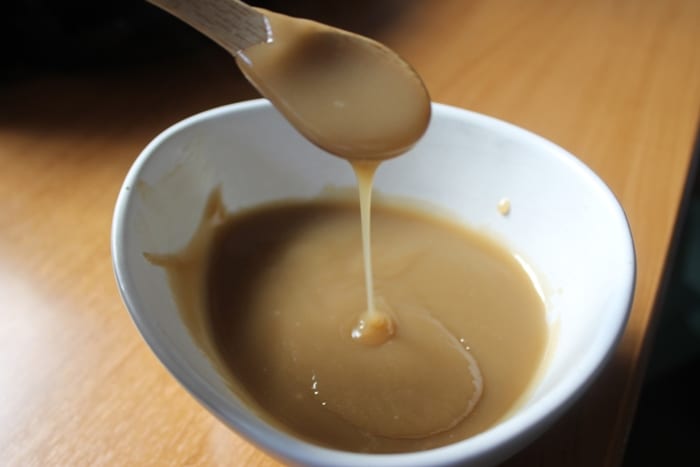 Combine the milk and syrup in a suacepan and bring to a boil.

Lower the heat and simmer, whisking frequently, until the liquid evaporates and the mix thickens.  In total, I cooked mine for around 30 minutes.

I’ve seen photos around the traps of other vegan coconut condensed milk and somehow they all retain a lovely white hue.  I have no idea how!

Let cool before keeping in the fridge in an airtight container for around 3 weeks. 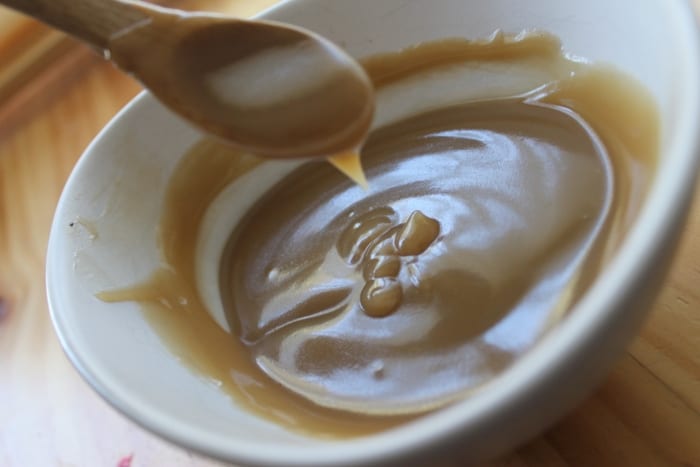 Want to know what I made with it?

Check it out here!