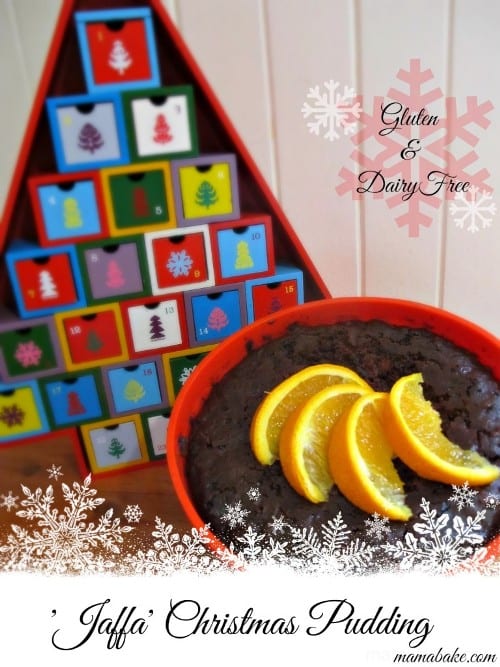 What is Christmas without pudding?!  It’s not a real Christmas in my house if I don’t have a big bowl of steaming pudding smothered in homemade custard.  And although I love a good old traditional pudding I thought I would jazz up a classic with one of my all time favourite flavour combinations: Orange & Chocolate…YUM!

Now of course its very convenient to pick up a pudding at your local supermarket, BUT homemade always tastes sooo much better.  Making the pudding is quite easy, just time consuming – I popped my pudding on to steam before our family weekly movie night and it just steamed away happily!

1 cinnamon stick, snapped in half 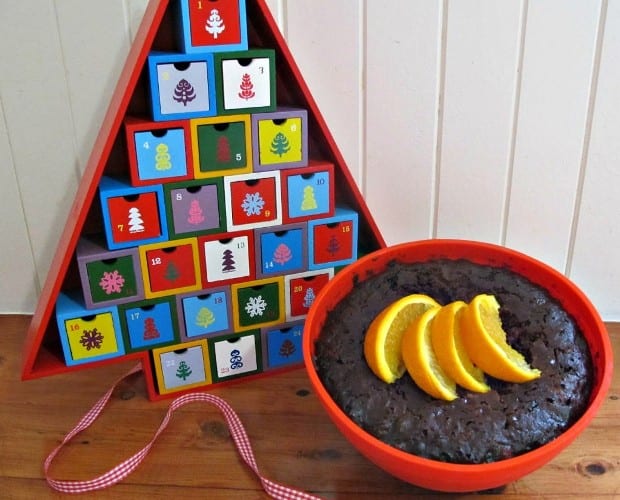 In a large glass mixing bowl place sultanas, cinnamon stick, zest, orange juice and liquer and mix.  Cover the bowl with a plate and leave overnight to allow the liqueur to infuse with the dried fruit.

1. In a seperate bowl measure out all the dry ingredients (except the dark chocolate) and stir to combine (the muscavado sugar can be quite firm and lumpy so make sure you break up all the lumps).

2. Remove the cinnamon pieces from the dried fruit. Stir in the the eggs, honey and coconut oil.  Then add all the dry ingredients and the dark chcoclate and mix thoroughly.

3. Grease a large pudding basin with coconut oil.  Scoop the pudding mixture in to the basin, making sure you press the down to compact it and make sure there are no air pockets.  If your basin doesnt have a lid, cut out a circle of greaseproof paper that is slightly larger than the top of basin and cover the basin with the greaseproof paper and then with a layer of foil and tie the tow layers tightly to rim with some string.

4. To steam your pudding you can either put it in a steamer or place it in a large saucepan and fill it half way up the basin and place on the lid (this is how I steamed my pudding as I don’t have a steamer).  Steam the pudding for 5 hours ( make sure you check the pudding occasionally and top up water if necessary so it doesn’t boil dry).

Once you have steamed it for 5 hours, allow to cool, re wrap your pudding with fresh greaseproof paper and foil and pop it in the fridge to keep for Christmas Day.  On Christmas Day you will need to re-steam the pudding for 2 hours (or microwave it on the day if short on time!)

Serve on Christmas day with some yummy homemade custard of vanilla ice cream.