Make it or Buy It? Baked Beans! 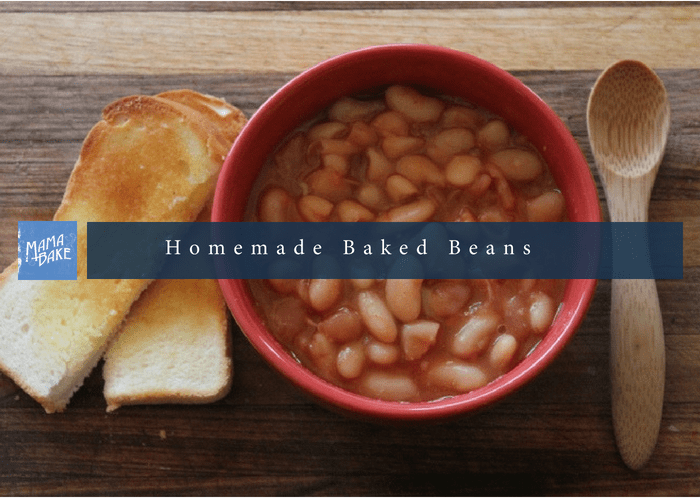 Recipe and words by Karen Swan

‘Make it or Buy it?’ is a new segment on the wonderous Lish Fejer’s 666ABC Radio program on Sunday mornings here in the nation’s capital.  I’m thrilled to have been asked back on the program, and readily take up the challenge of reproducing foods, in all their taste and texture, that we would normally just reach for on the supermarket shelves.

There is no doubt that I am the girl for this challenge; as a child, a tin of baked beans was always in the cupboard and quite often served up as a quick Friday night dinner, to be eaten in front of the telly while watching ‘The Brady Bunch’.  Thick slices of white bread toast, slathered in butter were non-negotiable additions and, when dipped into the slightly unctuous, strangely shining tomato sauce, elevated this no frills dinner to gourmet proportions in my 8 year old mind.  If Mum was feeling really adventurous, she’d pop a fried egg on top too.  Camping trips and weeks spent on our boat sailing Pittwater just weren’t complete without a baked bean jaffle done in the family heirloom cast iron jaffle iron, plunged straight into the fire and toasted to golden deliciousness.

Fast forward to the 90s and my love affair with the baked bean continued.  As a broke and partying 20 something, my pay check went on shoes and fashion, rarely on a fridge full of fresh food.  In those days, a tin of baked beans would often be consumed cold and eaten straight out of the jar with a spoon as I nursed a hangover of epic proportions from hitting the nightclub of the time ‘La Grange’.  If I was having a particularly flush week, or perhaps having a break from the party scene, I’d bung the beans in the microwave and stir through some grated cheese.  Yep, that I survived the 90s is a miracle unto itself! 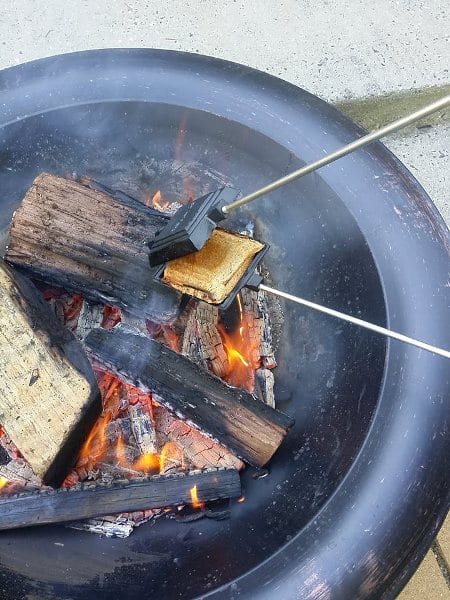 During our celebrations of Winter Solstice this year, I introduced my son to the joys of the baked bean jaffle and he, as I did as a child, thought they were bloomin’ fabulous!

Onwards to my challenge!  It would seem that many have tried to recreate the taste of a tin of baked beans……….and failed.  From what I could see, as I scrolled through recipe after recipe, was that too many things were being added!  That oddly orange sauce isn’t really that tomato-ey, so using passatta or tinned toms was out.  Bacon and other smokey bits are fab for a Boston Beans or Maple Smoked Bean recipe, but have no place in a tinned bean replica recipe.  So I took to reading the labels on the beans I had in my pantry.  9 ingredients, and, knowing that they are listed in order of quantity, I figured I’d grab those 9 ingredients and wing it. 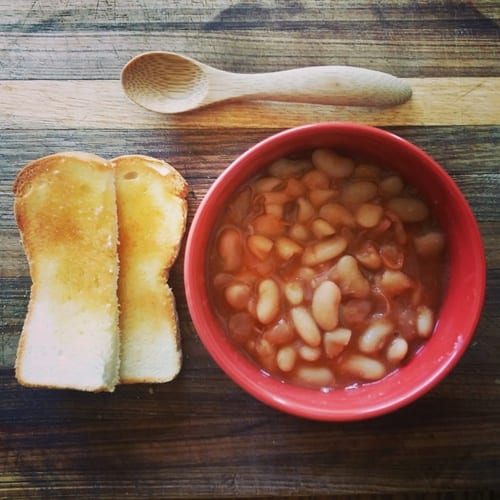 Let’s not pretend the following is particularly healthy.  Sugar is the third ingredient after all.  But, for the sake of 30 minutes, with only maybe 5 of those being actual ‘prep’, this definitely is worth whipping up from scratch, in a big batch, and freezing for when the urge for a jaffle or baked beans on toast strikes.  This was my first attempt, and I’ll probably fiddle with the vinegar/sugar ratio on my next attempt, but as the smell wafted up from the pot, I knew I was onto the real deal.  I’m rather chuffed actually and hope you’ll give the recipe a go and let me know what you think!

(makes the equivalent of 2 tins of baked beans)

1 to 2 heaped Tablespoons of tomato paste

2 tsp (plus extra if needed) cornflour

In a medium pot, whisk the tomato paste into the water and place over a medium heat.

Whisk in the sugar until it dissolves.

Whisk in the cornflour until no lumps remain.

Bring to a gentle simmer and allow to thicken and reduce for about 20 minutes.

Taste for seasonings and adjust the sour/sweet flavours as needed.

Add the beans and continue to simmer until the sauce is glistening and thick and the beans are warmed through. 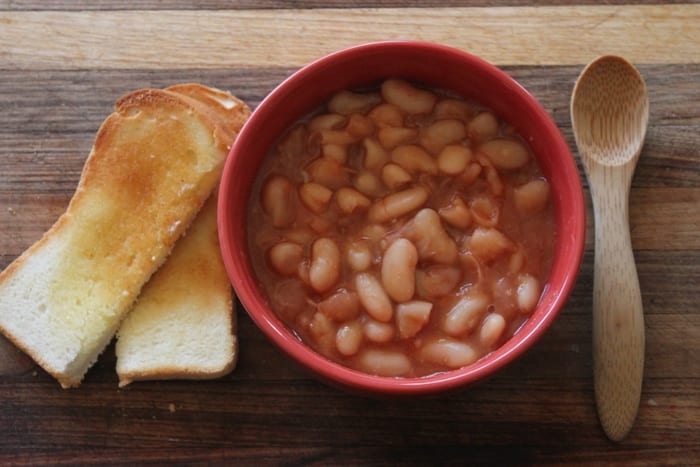 Serve in whichever way you like your baked beans!