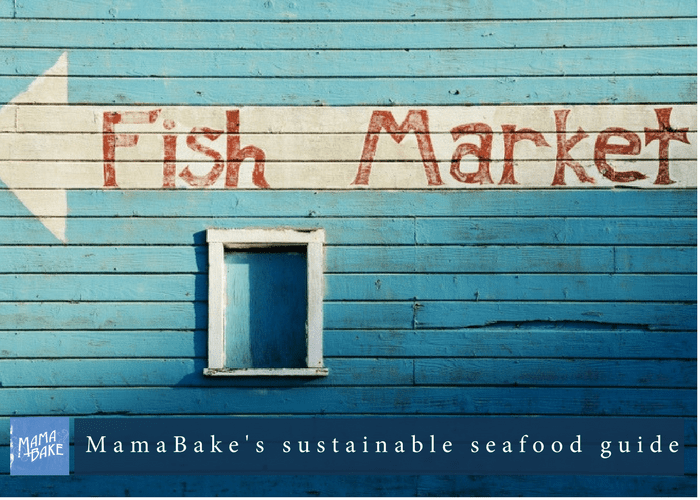 It can be tricky at the best of times to select what fish we’d like to cook. Children can be picky about fish; anything too strong and they won’t touch it. But the popularity of some of Australia’s favourite fish are destroying fish populations and the marine environment. With many species of fish in rapid decline, trawlers destroying the sea floor and sea life such as seals and dolphins suffering from fishing practices, it is worth considering changing out your usual fish for something more sustainable. For the sake of our environment and so future generations will have the same vast variety of seafood available to them as we do now, consider going sustainable.

While farmed fish is often touted as an easy answer to wild caught fish, fisheries still have a long way to go in increasing their sustainability. In a recent article in The Guardian entitled Seafood Guide Says Five of the Top 11 Species ‘Unsustainably Managed’, Tooni Mahto, a representative of the Australian Marine Conservation Society stated that “It still takes 2.5kg of wild-caught fish, to be used as fish food, to create 1kg of farmed fish. It’s also hard to tell what the long-term impact of fish farming is on the marine environment”.

The alternative fish listed are those with similar flavour and texture to the original fish. Inevitably most of the fish varieties recommended are not going to be the kind of fish you find at the supermarket. The best fish is to be found at fresh food markets or reputable fish mongers. With market pricing of fish, I can’t tell you for sure whether the replacement will be more, less or similarly priced.

Here are 8 very popular fish and their more sustainable replacements

As blue grenadier is a bottom dwelling fish, they are mostly caught by trawlers which drag massive nets along the sea floor and catch anything and everything in their wake. The biggest issue with blue grenadier is the number of seal deaths associated with it. When it comes down to it, blue grenadier is pretty delicate and hard to handle and tastes like rubbish any day but the day it was caught. Whiting is readily available, tasty and good one to try on kids. Especially when making your own fish and chips, or pan frying fish. It is quick cooking, so a nice protein choice for a quick dinner.

Please note that there are many species of Whiting e.g. King George Whiting down South of Australia is a good alternative.  Summer and Sand Whiting are the same species of fish and are a great alternative.  Winter Whiting is another species and is good too.  Blue Whiting is another species and we need to do some more research on this – we think it might be trawler fished in NZ.  We will add a

A big issue with specimens bred in hatcheries is that they require more wild caught fish in order to feed and grow those in fisheries. Atlantic Salmon is not native to our region and is an introduced species. Farmed trout is also introduced and has a similar orange-pink coloured flesh and tastes pretty similar to salmon when baked, pan fried and smoked. I’ll tell you honestly that I have replaced expected salmon with trout numerous times and no one has ever been the wiser. It’s cheaper too. The salmon industry are working hard to reduce the ratio of feed input to number of fish produced, so it is still worth supporting.

Flounder may otherwise be known as the fishy companion of the mermaid, Ariel. As both dwelt on the sea floor, trawling is the common way of catching flounder which has serious effects on other sea life. The best thing about replacing flounder with leather jacket is how much easier it is to peel away leather jacket skin.

Like Blue Grenadier, Dory are trawler caught and there are associated shark and seal deaths. Bream is a generally awesome delicate white fleshed fish that endures most cooking methods and is the one to get when you can get it. Whole deep fried bream is amazingly delicious, especially when partnered with a hot, sweet and sour Vietnamese style dressing.

Snapper is excessively popular on restaurant menus today and I often see it sell out at the market. Due to popularity, it has been difficult to manage snapper stocks, so it is best avoided to allow populations to breed. See above for why to choose bream.

While there’s a lot of talk about shark culls in order to protect people, the thing one should know is that all species of sharks are in serious decline and at high risk of extinction. While sharks are demonised in the media, they are central to maintaining balance and ocean health. Flake refers to Gummy Shark and Rig breeds, which aren’t the sort that people are particularly terrified of. See the entry on Blue Grenadier to hear why whiting is awesome.

Swap Swordfish and Marlin for ––> Mahi Mahi or Yellowtail Kingfish

These incredible game fish have historically suffered over fishing and are a vulnerable species. While swordfish is not currently considered overfished, deep sea fish like these and also shark, rays and tuna have high levels of mercury which can affect the nervous system and brain development of fetuses. Pregnant women and also young children should limit their diet of such deep sea fish. Mahi Mahi has really firm flesh and is the best replacement. If you’re the sort of person who wanted swordfish or marlin in the first place, I expect you’re grilling fish steaks. Mahi mahi will do this fine. You often get yellow tail amongst your sashimi selection. With firm flesh, it endures most cooking methods. With firm fleshed fish, overcooking will dry it out, so keep an eye on it. Leave the cool pointy nosed fish alone.

Tuna is extremely popular, from its use in sashimi to the tinned variety most of us have lurking in our pantry. Like sharks, as predators they are important for maintaining balance in their ecosystems. See above for issues of mercury in deep sea fish. Bycatch is also a serious issue with the pursuit of tuna, where other species of marine life suffer due to contact with fishing vessels or equipment.

To find the best replacements, we used the brilliant Seafood Converter, from Good Fish Bad Fish. Please visit goodfishbadfish.com.au to access the seafood converter to find sustainable replacements for other fish and seafood, and also to learn much more about how to make more sustainable seafood choices.