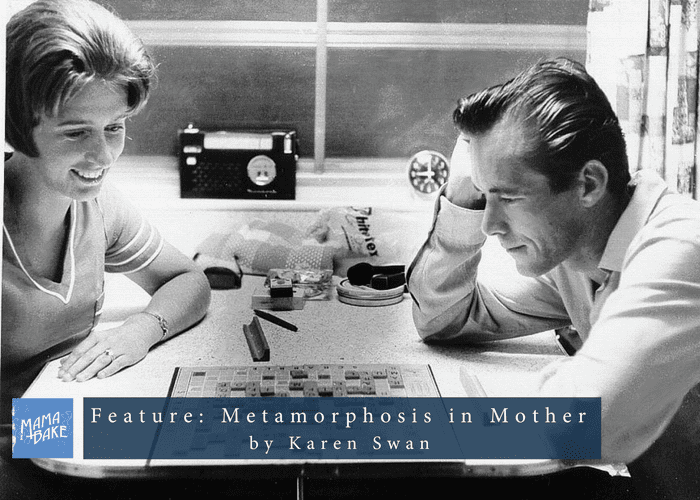 We walked, my sister and I, on either side of my mother down the aisle of the small chapel, to take our places in the front row. The room was empty, though not quiet. The presence of the coffin, so imposing in its finality, created the noise of a thousand people in my mind.

My mother’s steps faltered and a sound, so primal, so raw in it’s intensity, escaped her pale lips and resonated through the empty space. It was more than the universal cry of one in grief. It was the letting go, an unearthing, a rebirth of SELF. One lone cry that was shaking off the shackles of ‘wife & mother’ and signifying the re-emergence of HER. No title to define her. No duties to suffocate her. It was the cry of a newborn, the sensation of breathing clean, though alien air, shocking in its brutality and beauty.

We walked, clutching each other. I was afraid if I let go of my mother’s hand I would turn and run. Even sitting in the artificially created gardens, chain smoking among the long dead, seemed preferable to facing the timber box that now held my father. I wanted to tear open the lid to see the truth before me. I was raging at what we, the ones left behind, had been robbed from sharing with him. I was mourning the future; our past I was at peace with. There was nothing left unsaid. There was, however, much ahead yet to be said.

I wondered where my mother’s thoughts lay. Where they taking her back to the day in 1967 when she stood at the side of her father and took her first step down the aisle towards mine? Was she remembering the early years when, separated by work, they had nothing but their tender love letters to sustain them? Was it back in the 1970’s when they would bundle up us kids, tuck us into bed in whoever’s house we happened to find ourselves, and get on with the business of smoking, drinking wine and eating apricot chicken in an endless round of dinner parties? Was she reliving their last decade together, spent as Grey Nomads, touring the country in their caravan and enjoying the quiet companionship of a union over 40 years old? Looking back, I believe that she was not thinking any of these things. The shock and grief, the sheer disbelief at the events of the past 4 weeks, was protecting her, numbing her from feeling anything.

Once a young, independent woman who thought nothing of embarking on a solo cruise to Japan at the age of 19 (where fate intervened and she crossed paths with my father), she had been diminished into peaceful silence by the role of wife to a very traditional husband, and, later, as the mother of two girls. Never meek, always simmering in the background, but well aware that speaking out on anything but the most important issues, would, in the end, cause more trouble than it was worth. 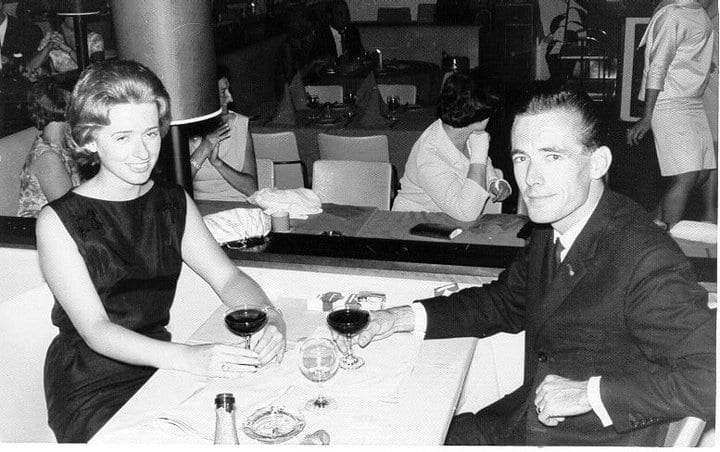 I’m careful not to depict my father as anything but the intelligent, loving man he was, but, at certain times in his life, he too was diminished into someone he really wasn’t. The stress and demands of providing for a young family while maintaining his sense of self, created “Ken. The Father. He Who Must Be Obeyed”. It has to be said however, once freed of suffocating employment, he became quite the house husband in his retirement, and my treasured confidante. Men too, I have learned, feel the burden of surrender of ‘self’ as they play the roles of husband and father. My brave Dad, at 55, decided enough was enough, retired, uprooted the family home to the beach and wrote 3 books.  I’m thankful for that decision every day of my life, as, only 13 years later, 13 years of living his own beautiful truth, he was diagnosed with brain cancer and we lost him a short 4 weeks after that diagnosis. His story…..is another story, for another time. 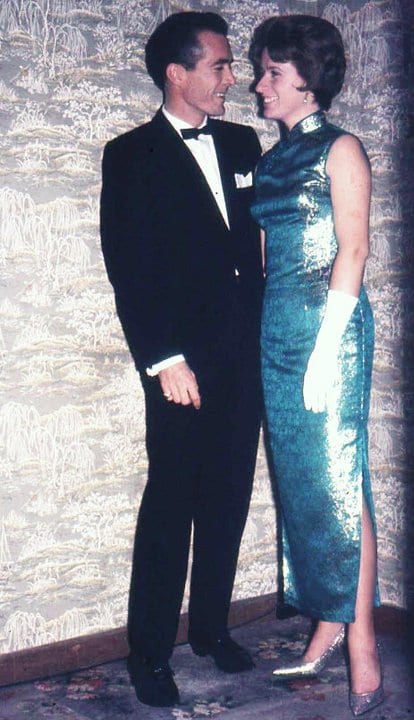 My childhood was one of idyllic play and imagination. It was here that my life has been ultimately shaped by her nurturing. She was a mother who played, who sang, who danced in the middle of the street. A mother who got down on the floor and tickled us when we had public tantrums. I am ashamed to admit, however, that during my adolescence, my mother features little in my memories, so absorbed was I in the importance of my own existence. I understood nothing of her life or the shape of her days, or how I’m sure some days her urge to flee was as strong as mine. Her work both paid and domestic was carried on with little to no awareness or gratitude from my sister and me. As an adult, and a wife and mother, I can now see how selfless she was. How giving. She was of a generation of wives who would serve themselves last. Who would buy for others but never for herself. Our arguments would always be centred on my opposition to her not sticking up to Dad; to not standing up for herself when he was being, quite frankly, a chauvinistic pig!

My father ruled the roost, it’s true, but they were mates, completely content in each others company. My mother can put anyone at ease with her gentle and kind demeanour. She has a wicked sense of humour and many times we dissolve into leg crossing fits of giggles that leave us exhausted and breathless! She is inflicted with, as are many of us, the need to please and would hate to think she had inadvertently offended someone. On the surface, Dad may have been the strongest of the pair, but I believe, through all the seasons of their union, that they really were a team. In it for the long haul.

What would she do now? What happens when the people stop coming over to offer condolences? When life around her regained it’s motion, regardless of how much she yearned for it to stop? How to live a life spent as a pair, suddenly alone? When faced with such loss, one has two choices: grieve the loss but look within for the gifts it brings, or live a life buried in mourning, treading water until your final hours. My brave mother chose the former. She had been given the gift of freedom, space, of time. In a slow metamorphosis, she set about shedding her skin.

As the momentum of the business side to death subsided, the final letting go began. Along with my father’s clothes, hers too were packed up and given to charity. She traded her pedal pushers and t shirts for flowing jersey and linen. Her sensible, short, ‘caravan hair’ was left to grow, and cut into a sharp bob. Years came off her in decades as she released the trappings of a life that no longer fit. Small changes, but seismic in their intensity and effect. As her confidence grew, so too, the scale of her decisions. She now looked the way she wanted, it was time to have a space that was hers and hers alone. In a decision that takes my breath away for its bravery, she donated all their furniture to charity. Beautiful, expensive, heavy wood furniture that to me, held the very memories of our lives. “No darling”, she told me. “They are just things. We are the ones who carry the memories; not stuff”.

And then, there was Paris. Paris would be the final test of her new found independence and self confidence. No guided tours, no buses, no itinerary. Paris was her celebration of life. Sipping coffee at Café Marley, she spoke to my father, “I’m here. I’m really here. Can you believe I’m in Paris?” Inhaling the aromas of a life so far removed from all that was familiar, she knew she’d be OK.

Now, the same mother who taught me how to sing, teaches me how to live. I have learned, as a daughter, wife, mother and dreamer that no matter what the season of your life, no matter what role you are playing, you are at your core, still you. She may seem lost under years of nurturing others, but she is there. In moments when I feel every shred of myself has been surrendered, I am reminded to shift my perspective; to find the joy in the routine and mundane and slowly climb out of the domestic trenches.

This is the story of my mother, who now, as we approach the 10 year anniversary of my father’s death, can stand confidently, proudly, peacefully, on her own. Given a choice, I’m sure she’d prefer to be sitting among that old furniture, holding the hand of her husband, but we don’t get to decide the paths of our lives do we? Her life continues. Her story is still being written.