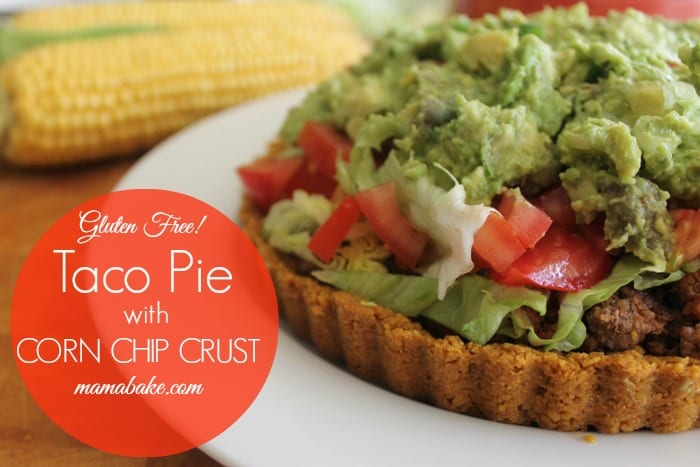 When is a taco not a taco?

When it’s a TACO PIE!

I realise that I am making somewhat complicated what is generally a quick, weeknight family meal, but when the thought passed through my brain of turning corn chips into pastry, I had to act!

The crust itself comes out of the oven lovely and crisp, and smells amazing!  Once you fill it with whatever taco fillings your family prefer, it becomes quite the showstopper!

If you’d like to adapt this to suit a mamabake session, then you could either up the quantities and make 4 individual crusts, with the fillings packaged separately for serving, or, as I plan to try next, doubling the recipe and making muffin sized individual taco pies. 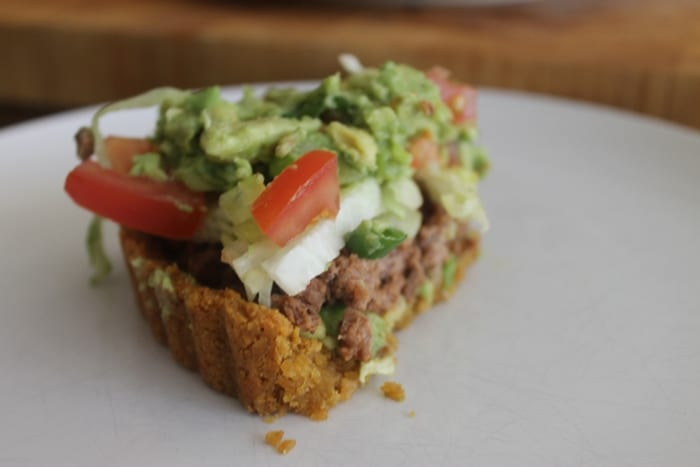 (these are really up to you so use as a guide)

A few teaspoons of taco seasoning

Freshly chopped tomatoes (drained) or a cup of salsa

Coriander to sprinkle over the top 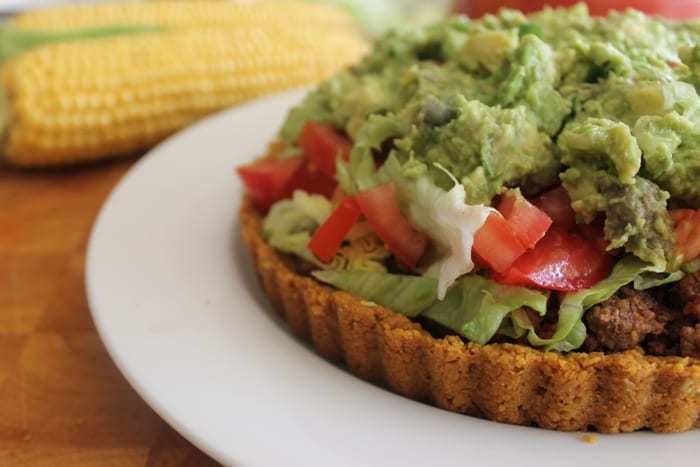 Pre-heat your oven to 200 degrees.  Grease a pie dish (mine was around 19cm, though the mix would allow for a bigger dish to be used)

Using a food processor, pour in the bag of corn chips and grind to a flour like consistency (some bigger flakes are fine)

Add the cheese and yeast flakes (if using) and whiz a few times again.

With the motor running drizzle in the olive oil, then the water, starting with a quarter of a cup and then stopping the machine and testing the binding of the mix.  If it seems a little dry, or isn’t pressing together, add a little more water. 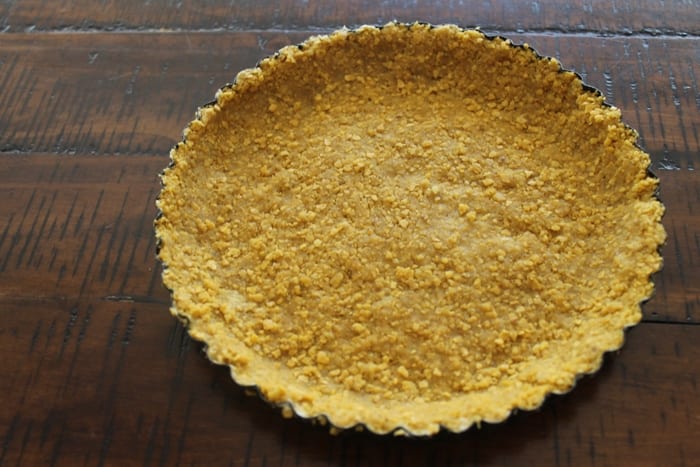 Tumble the mix into your pie dish and press around the base and edges until you have the thickness you desire (not too thick though!)

Bake in a hot oven for around 30 minutes or until the crust is slightly golden and set. 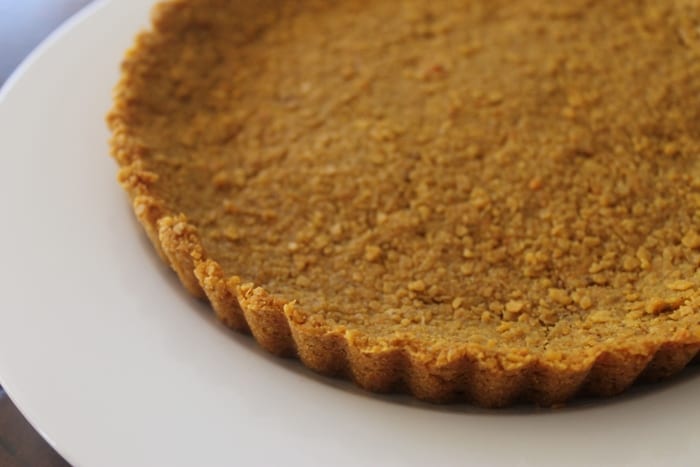 Allow to cool then remove from the pie dish (use one with a removable base for best results) and allow to cool before adding fillings. 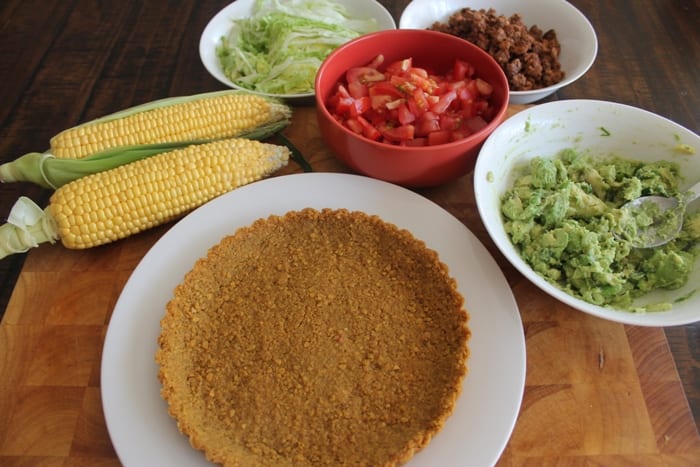 Prepare your fillings while the crust is in the oven.

Shred the lettuce and put aside.

If using fresh tomatoes, chop finely and put in a colander over the sink to drain any excess liquid.  You could de-seed if you prefer.

Brown the mince in a little olive oil and add any taco seasoning or tomato paste to taste.  Set aside.

I just mashed 2 avocados with a little salt, lemon juice and finely sliced spring onions, but if you have a favourite guacamole recipe, please use that! 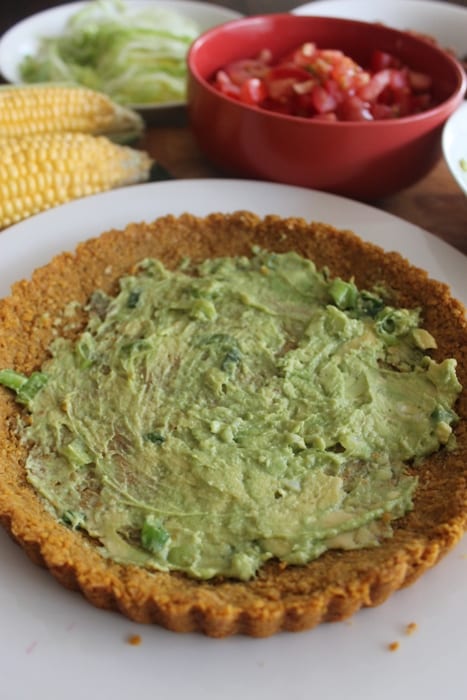 Spread a little of the avocado mix (and sour cream if you’re using) into the base of the crust. 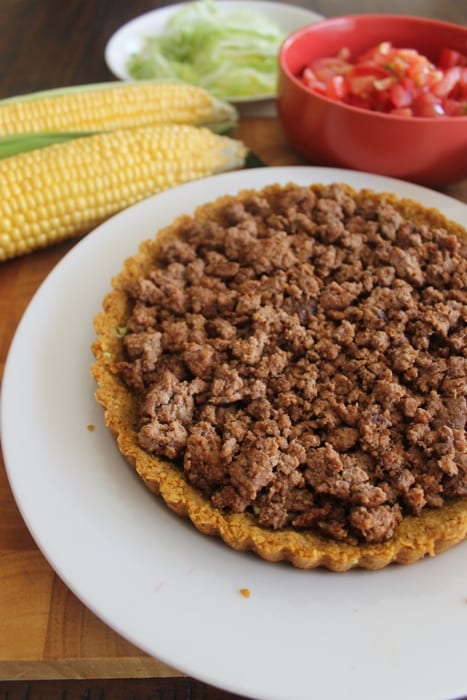 Add a layer of cooked mince. 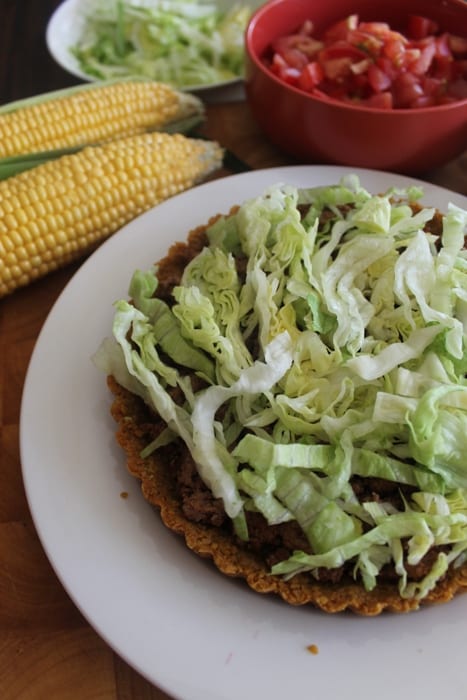 Add a layer of chopped tomatoes or salsa 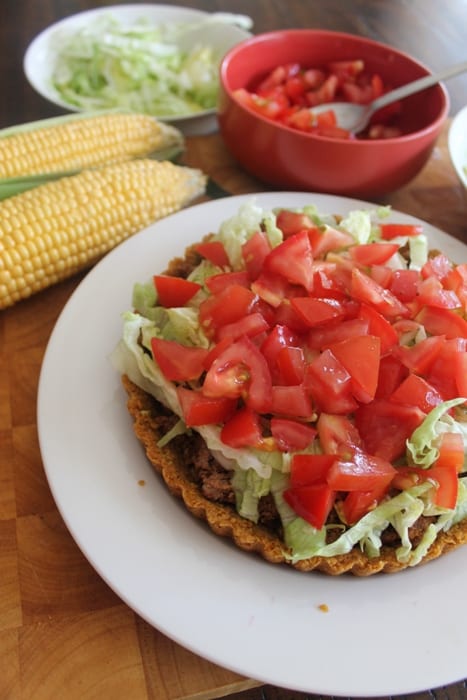 Finally, top with the mashed avocado or guacamole 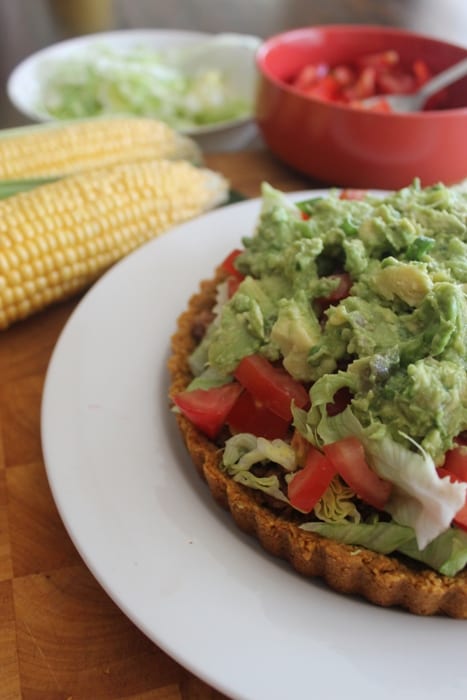 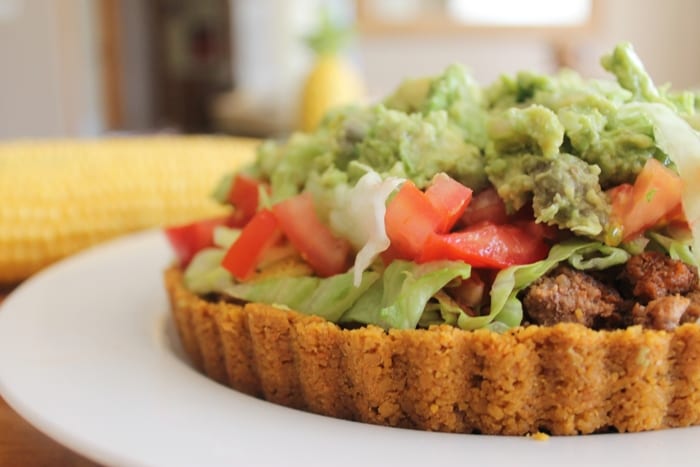 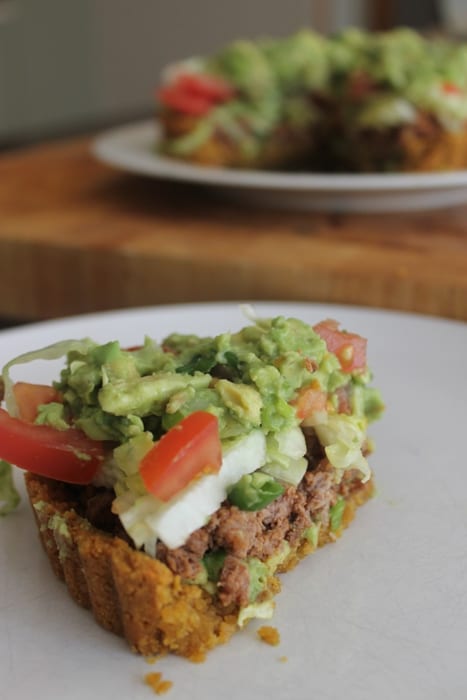 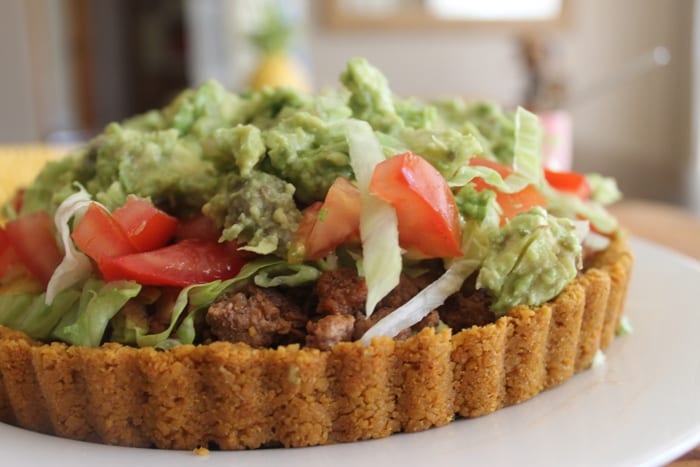 Tacos in pie form?  Give it a shot!

The pie is best made and eaten immediately.  It’s OK the next day, but the crust does lose some of it’s crunch. 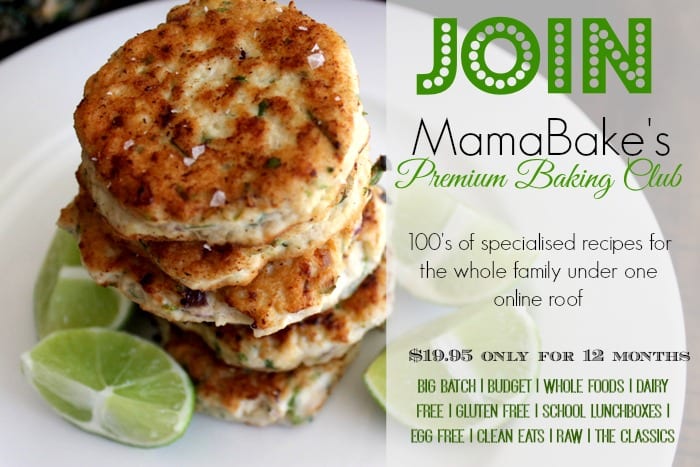 *Applies to yearly membership of $19.95 only. $5 a month memberships also available.