Tips to get the most out of your oven 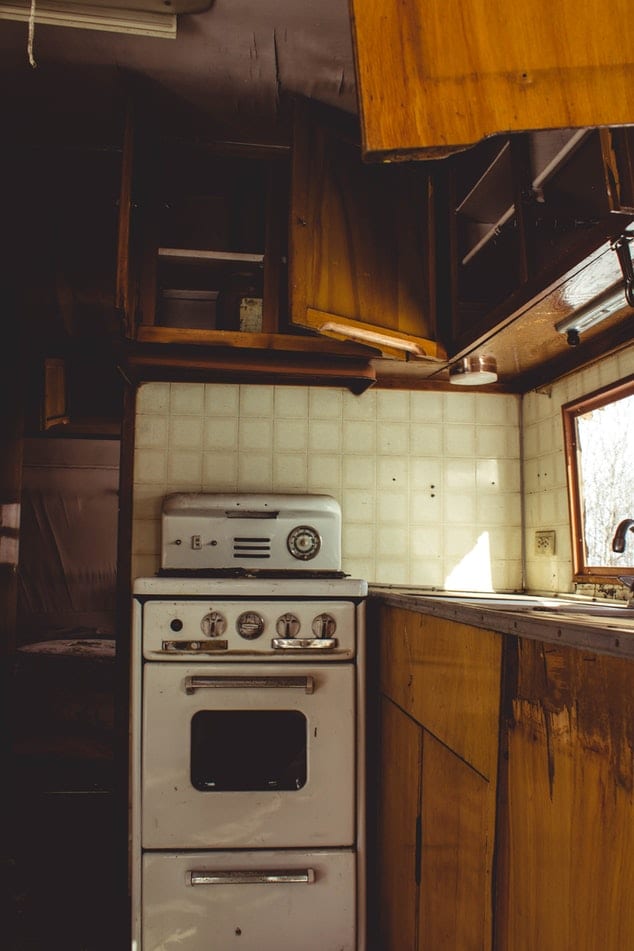 The oven is an appliance that many of us turn on without a thought to cook a single dish. I’m certainly guilty of turning it on to bake some cookies, which don’t end up being baked for another hour because baby wakes up from a nap or I get distracted and leave it running until it turns itself off. But the oven is a huge energy consuming machine; when it can put out so much heat, it’s pretty obvious that it must be using a lot of energy to create it. I’ve been trying to think of ways to use my oven more effectively by figuring out what dishes one can cook at the same time, what can be cooked in the residual heat that remains in the oven after you’ve turned it off, and generally how best to use my oven.

Most ovens lie. Even the fanciest, state-of-the-art oven will not be entirely truthful about the temperature. And regardless of what temp you think you’ve set the oven to, it can change throughout the time you have it running. The best thing to do is get a tough oven thermometer that you can hang inside or sit on one of the racks. This will give you accurate temperature readings. A few months ago I found my oven was on average 40 degrees higher than I had set it, and sometimes this could jump as I cooked. So I had to watch the temperature really carefully.

You’ve probably heard a thousand times that you shouldn’t open and close the oven door while it’s on too often as you lose heat. This is true, so do follow that rule.

The key to cooking multiple items in your oven is ensuring that there is enough space for adequate air flow between dishes. If you overcrowd the oven, the temperature reaching each dish will not be the one intended and items may steam rather than bake or roast properly. If baking dishes can sit side by side on a rack with a few centimetres space between and also between the dishes and the side of the oven, this is fine circulation. Try not to cram too many dishes on racks above and below. Even if you’re running short of time, this will slow cooking down for dishes in the centre of the oven. If you turn the temperature up, you’ll simply burn those dishes closest to the heat element.

If your oven is fan forced, then it is more likely to be able to cook multiple dishes with equal heat distribution. It also means that your oven temperature does not have to be as high as it effectively moves the heat around efficiently.

A key to being able to cook multiple dishes in the oven but also use the heat effectively is to use the right sized baking pan for the specific dish. Not so big that you waste precious oven real estate and not so small that splatters and spills overflow and the air flow around the food is ineffective. Glass, ceramic and silicone baking pans can be the most effective, retaining and conducting heat for longer. They are also easier to clean and more resilient in the long run, so long as you don’t drop them.

It can be worth having a think about all the dishes you need to cook in the oven for that meal or that day. You could even consider the week’s baking that needs to get done (slices, cookies, bread for the week). If you’re the kind of family that does Sunday roast, you could think about having your other to-be-baked goods lined up and ready to go once lunch is cooked and ready to serve.

When roasting a joint of meat, calculate the amount of time that a side dish needs to be in the oven. For example, if roasting a piece of pork, and you’re doing potatoes, make sure you chuck them in next to or on the rack under the meat for the last 20 minutes. Once the meat is done, and the potatoes need another 15 minutes, throw in another vegetable side-dish like brussel sprouts or broccoli to cook for 15 minutes. This gives the meat time to rest before carving. Once the veggies are done you could bake some bread or a cake for dessert, or both together. Cookies or a slice could be baked after that.

Not everything can be cooked together, as some strong smells can be absorbed into other dishes. Dishes heavy with garlic or spices can taint other dishes; mostly you see this happen when a joint of garlicky meat is roasted as a cake bakes. Some fancy ovens are designed to eliminate this problem, but largely you’ll want to make sure that the things you cook together won’t suffer from different flavours crossing over.

Though the above timeline suggests baking sweets after, if your savoury food is likely to be smell-heavy or will likely splatter fat around the oven (when roasting any type of meat this will happen), consider doing your sweet baking first so that the savoury food can be cooked immediately after, without any need to clean the internal surfaces in-between.

When you turn the oven off, the temperature stays high for a long time as the heat gradually seeps away. This residual heat can be used for cooking many things.  Each oven is different; some retain heat for longer while others lose it very quickly. After I’ve roasted a chicken for an hour, I can turn the oven off and chuck in a tray of cookies that needs no more than 10 minutes to bake. The residual heat does this effectively. Some vegetable side dishes can be cooked in residual heat. Dishes awaiting serving can go back into a warm oven. I often use the residual heat of the oven to cheat at helping a bread dough rise. Not a hot oven, mind you. But when it has gone down to about 100 or so, I put my bowl of covered dough in there with the door ajar.

I doubt anyone actually enjoys cleaning their oven. It is a task often relegated to your last moments in a home; when you’re about to move out of a rented properly or you have sold your house and are about to move out. If you ever do a home inspection, look inside the oven. If it is not new but is clean, I’d buy the place. Ovens very quickly become dirty with all the splatter, steam and occasional smoke that it is subjected to inside. The glass builds up residue that is difficult to remove. Bits of food that have fallen to the bottom rapidly turn into charcoal, which continues to burn and smoke and can negatively affect the taste of subsequent baked dishes. Internal parts of your oven can get clogged with drips and crumbs and cause temperature problems and even lead to the oven breaking down or shorting out. So clean your oven, as much as you hate it. Or pay someone to. I would actually consider the gift of a professional oven cleaning a delightful thing to receive on Mother’s Day. For the same reason it’s a good idea to get your oven maintained and serviced by a professional at least once a year.