6 Ways to Reduce Food Waste and Save Money 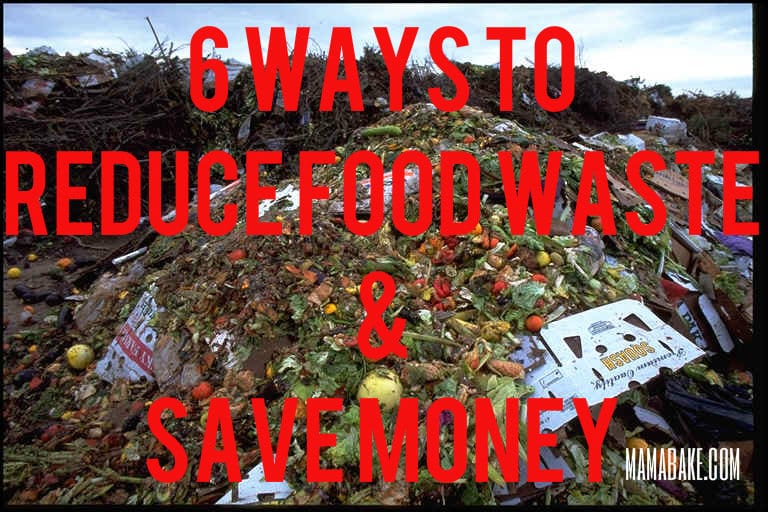 Think Eat Save, a campaign to reduce global food waste, was launched recently by The United Nations Environmental Program (UNEP) and Food & Agricultural Program (FAO). The campaign’s message is to raise awareness of exactly how much food ends up being thrown out not only by industry, but by households like yours and mine. After reading the statistics I was somewhat shocked, I knew that the figure was high, how high exactly?

UNEP announced that around a third of the world’s total food production ends up in landfill. Aside from being an alarming fact, what is even more alarming is that if we were to redirect this food to people who need it then no-one would go hungry.

In NSW, we throw away $2.5 billion worth of edible food a year.

Here is what we are throwing away:

In Sydney alone, the University of Western Sydney estimates that the $1 billion worth of edible food thrown away each year is equivalent to the income of all farmers in the Sydney Basin.

By my own admission I am as guilty as the next person for wasting food at some point in my life. However for the last eight years I have made a conscious effort to reduce the rubbish that my family and I produce, particularly in the area of food waste. I’d like to share with you how I came to be aware of it and what I’ve done about it at my end.

As a professional photographer I became involved in photographing food for the cookbook and magazine industry about twelve years ago. It was on these shoots I noticed a lot of food being thrown out by the crew and I started querying as to why. I was told it was because once the food was photographed it wasn’t needed any more. I didn’t understand why, an entire turkey, for example, that was used for just one photograph for fifteen minutes, would mean that it had to be thrown out.  All I could think of what that someone could eat and gain nourishment from it, and that by someone eating it, the food would stay out of landfill.

A great deal of food is purchased on shoots for the reason that if a recipe doesn’t work or needs changes, the photo chef has enough ingredients to re-make dish.  Generally too much is purchased and there is always a lot of food left over. The crew usually eats some of the leftovers for lunch, some take a little home, but for the most part nobody wants it and it ends up in the trash.

So I searched for a solution.

It was in 2005 that I scoured the internet for agencies and shelters I could donate the food to and I came across Sydney based charity, OzHarvest Food Rescue. They came to my studio, provided me with containers and from there I started donating food from almost every shoot.

OzHarvest was established in 2004 by founder Ronni Kahn. At the time she was working in the hospitality industry and rather than stand by watching immense amounts of food being thrown out she decided to put a plan into action and OzHarvest was born. OzHarvest are now in most Australian capital cities and drive around in distinctive refrigerated, yellow vans collecting leftover food from restaurants, caterers and food producers and distributing it to the needy. To date, OzHarvest has kept over five million kilos of food out of Australian landfill and delivered over 13,000 meals a day to those who need it.

So you ask, what can I do? There is a lot you can do, and it really doesn’t take much effort, just a little bit of thought.

With a little bit of planning you can buy just what you need to get through the week. Shopping “for the bomb” isn’t necessary because there will always be more food at the shops next week (I used to be a shop-for-the-bomb person). I love food shopping and I enjoy loading up my trolley as much as the next person, especially when I become inspired to cook, but these days I tell myself only to buy what I really need.

Each week before your grocery shop, open your pantry and fridge and look at what is already in there. Use these items up before they spoil, even if you don’t feel like eating them. The Greek grandfather of a childhood friend of mine always said it didn’t matter whether you ate beans or filet mignon, the outcome is always the same (you’re no longer hungry!).

3. Keep a whiteboard in your kitchen.

I keep lists of what is in my pantry and fridge so I know not to buy more of what I already have. Otherwise you’ll end up with yet another box of taco shells you didn’t need taking up space in your cupboard.

I have friends who complain they have no time to be creative but the kitchen is the perfect place to get those creative juices flowing. Throw together a beautiful meal out of what you already have. My own mother was amazing (and still is) at this. She could put together a spread out of seemingly nothing and it still inspires me on a daily basis. Give me a tin of beans, I’ll give you hummus! Give me a tired old capsicum, I’ll roast it and cut it into strips to toss through pasta.

Make your food purchases stretch as far as possible. I collect meat and veg scraps in a zip lock bag in the freezer and use them to make stock. For example if I peel a carrot the peelings go into the veg stock bag. If I buy fresh herbs I use what I need then chop up the rest and freeze them.
Freeze BBQ chicken carcasses for making stock.

6. It’s what’s on the inside that counts.

A staggering 40% of produce ends up in the trash because it doesn’t look “right”. There is an unrealistic consumer expectation that food has to look perfect on the supermarket shelf:  crooked cucumbers, spotty apples and marked tomatoes are just some of the beautiful produce being thrown away. Unless you’re styling the cover of Gourmet Traveller the fact that a piece of fruit is marked doesn’t matter.

To prove point number 6, I went to my local greengrocers to see what they had on their seconds shelf. I bought a kilo of “marked” nectarines for $2 and made a Spicy White Nectarine Chutney.

I recommend Oz Harvest Cookbook.  It is a a beautiful compilation of recipes from some of Australia’s best chefs and cooks all developed around using up leftover food. I recently purchased this book and have found the recipes and especially the beautiful photography and food styling to be highly inspiring.

Also recommended is An Everlasting Meal by Tamar Adler.

Note from editor:  Big batch baking is also a great way of ensuring any surplus produce is used up and turned into meals and not wasted, MamaBake’s ebook of 25 Big Batch Basics is great to have to hand for big meals that can be frozen for another day. 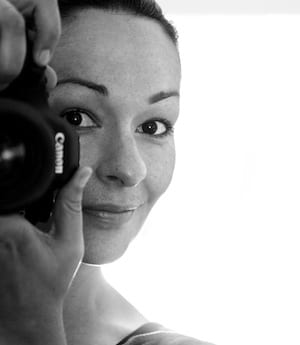 In the photographic industry since I was 16, making it 25 years experience. I’ve always been obsessed with the camera and after studying photography at RMIT (Royal Melbourne Institute of Melbourne) I have worked full time as a photographer ever since.
Food became another obsession after a period of time in my late twenties when I was burnt out shooting people. I’d spent years shooting portraits and events and was photographing for lifestyle and celebrity mags in Sydney. I also didn’t know how to cook so I started teaching myself how to went onto photograph food.  That became my next full time career and in recent times writing has become my third obsession.
These days I’m a mum and I blog about food between taking care of my son and photo shoots. I like this current phase of my life very much. I am 41 and live on the Northern Beaches in Sydney. My blog is called The Cook Who Knew Nothing.