For my mum’s generation, being invited to a barbecue wasn’t an act of martyrdom. Her duty was only to prepare one of three salads: coleslaw, potato, or garden salad (cubed cheese optional). Dressings were store-bought and the emphasis was on showing up with a 4L cask of Jacobs Creek chardonnay, transported in one of these bad-boys:

These days it’s all different. The modern mother wakes up on Saturday, buoyant with the sweet relief of not having to pack lunches, find little shoes, hemorrhage school excursion money, and fight traffic to get to a heartbreakingly underwhelming job (but, hey, the hours are good) only for that lightness to be replaced with the gravity of a barbecue invitation.

Some time in the noughties, when aspirational Australia hit peak Jamie Durie, our expectations of outdoor entertaining ramped up, and the women, already straining under an unfeasible mental load, got stacked with one more spinning plate. Whether we liked it or not, there was the added expectation that on top of  mothering, breadwinning, and running a household, we had to offer up to our barbecue brethren a competitively unique side dish. Not just a salad. A conversation starter. A statement piece.

I call this this ‘The Salad Wars’. And I am an unwilling conscript. 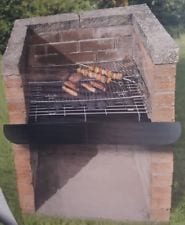 I shit you not, I was at a barbecue the other day where one salad enthusiast silenced the crowd, and with the intense gesticulations of an airline attendant explaining emergency evacuation procedures, gave us all a tutorial on how best to layer and dress her excruciatingly unique Deconstructed Thai Green Mango salad.

Of course, there are some men who voluntarily sign up for the Salad Wars, but by and large, it is fought by women who pit their Prawn Noodle Clay Pot against their neighbour’s Slow-Cooked Pulled Moroccan Lamb and Quinoa salad.

What the salad makers don’t tell you is that their Saturday morning was spent driving across seven suburbs to source authentic palm sugar and imported green mango, or that they set an alarm at 5am to marinate the slow-cooked lamb.  There were beetroots to roast, edible flowers to forage for, and jasmine-tea infused trout to smoke — all timed around kids’ cricket matches and loads of washing.

It’s not like I don’t believe in salad. On the contrary, nearly every meal I serve is accompanied by green leaves of some description, generally picked from my very average garden.

And I don’t believe I am a weak link at a barbecue either. I will arrive with plenty of wine. I’ll magically produce two-dozen icy poles when the kids need distracting from a Lord Of The Flies brawl. I’ll provide scintillating conversation and run to the servo to get more ice. But I will not take part in the salad wars. Cooking is a genuine creative and fulfilling outlet for many, but personally, my heart isn’t in it and my plate is already too full with expectations. The bar is raised too high and I’ve given up playing to win.

Love me. Love my crappy coleslaw. I make no apologies. The Salad War is not my fight.